My partner Seth Levine has a good post up titled 1980’s all over again with a link to a very interesting Merrill Lynch report titled 1980’s Redux.  I was in high school in Dallas, Texas for the first third of the 1980’s and then college in Cambridge, Massachusetts for the rest of it.  I started my first company in 1987 – on the heals of the Massachusetts Miracle and the beginning of the late 1980’s recession which was painful for Massachusetts, but I was too young and naive to notice.

In college in 1984, I remember arguing with my future business partner Dave Jilk about Texas real estate.  At the time people were minting money buying up land in Texas (especially Dallas – where I had come from) and the development activity was endless.  If you know anything about the Texas real estate crash (which was tightly linked to the S&L crisis) you know that I was wrong – very wrong – when I told Dave stupid things like “Dallas real estate will go up in value forever.”  Dave was a few years old than me and had the appropriate response – he just laughed at me and told me I was wrong.

Of course, the 1980’s, were followed by the 1990’s, which by 1992 were starting out on a rocking good economic time that didn’t end until the early 2000’s.  But – everything’s a cycle, and the real winners in a cycle understand how to play the first derivative of the curve.

Then again, I’m not a macro guy and have no clue about any of this stuff.  But I liked Seth’s 1980’s hair cut. 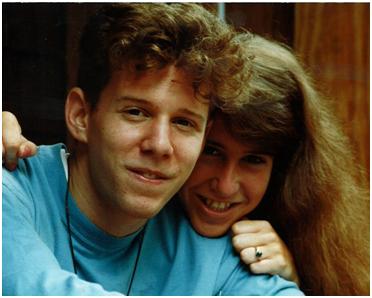