My Q1 Vacation in Q2

If you are a loyal reader of this blog, you know that Amy and I take a week completely off the grid every quarter.  Well – I missed my Q1 vacation so we took it early in Q2.  We spent five days on the big island in Hawaii, hosted by college friend David Cowan.  When I was at MIT, David was my best "Harvard friend." (ok – I didn’t have too many, but he was the best.)  Amy and I hadn’t spent an extended period of time with David and his wife Nathalie since the early 1990’s – it was awesome to reconnect.  I assumed that David was in a good mood because we were around, but I’m sure the Tuesday $1.25 billion Bessemer Hat Trick didn’t hurt. 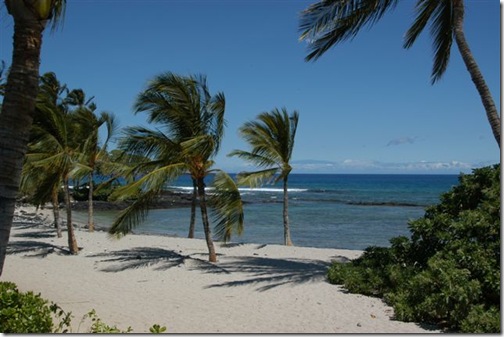 In addition to being in a splendid place, completely off the grid, hanging out with old friends, running and playing tennis, eating some great food, and sleeping a lot, I read a few books.

Hold Tight: I love Harlan Coben – he’s one of my top five mental floss writers.  Once again, Coben produced a twisted and complex page turner.  He’s becoming a little formulaic, but that’s ok by me since I dig the formula.

Edward R. Murrow and the Birth of Broadcast Journalism (Turning Points in History: Whenever I read a great biography, I think to myself "I should read more biography."  I’m totally on an Ed Murrow kick after watching Good Night, and Good Luck.  The evolution of broadcast journalism is fascinating, especially against the backdrop of the Internet, user generated content, and the transformation of "old" to "new" media that we are currently in the middle of.

Being Human – Human-Computer Interaction in the Year 2000: A puff piece summary from Microsoft from a conference they hosted on HCI in March 2007.  Books like this encourage me that there are massive opportunities in the HCI arena – no new ideas for me, but plenty of support for existing thought vectors.

The Humane Interface: New Directions for Designing Interactive Systems (ACM Press): Jef Raskin created some fundamental innovations in user interfaces and human computer interaction.  Even though this book was written in 2000, it had some superb sections on HCI and several chapters that had entirely new ideas for me when considering how user interfaces work.  A little dated, but good stuff.

Rant: An Oral Biography of Buster Casey.  By far the best of the bunch.  Micah Baldwin dropped this off for me the day before I left for vacation.  He warned me that my brain would explode.  It took about 50 pages to get into the rhythm of the book – once I got into it I could not put it down.  Chuck Palahniuk brought us Fight Club; with Rant he’s brought us Party Crashing (and a rabies epidemic).  Great great stuff.

Ahhhh.  What a nice break.  I’m back in Boulder for a few weeks before my Q2 vacation.