The Sun In Homer, Alaska

If you follow me on twitter, you know I’ve been whining about the lack of sun in Homer this year.  We’ve been here for a week and didn’t really see the sun until today.  A few days ago I promised "the sun" (via twitter) that I’d blog about it and put up a picture if it ever decided to show up here. 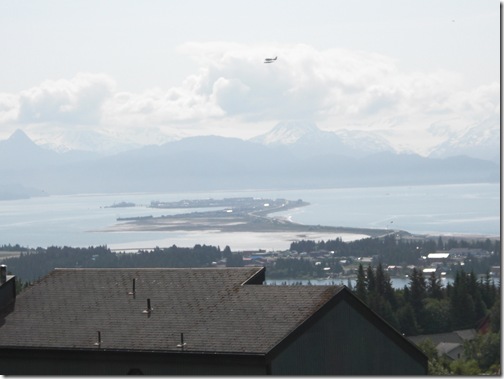 We still have plenty of clouds obscuring the mountains across Kachemak Bay (which makes the sun reflect in strange and unusually ways), but when I returned home from my run Amy was jumping up and down shouting "the sun is out, the sun it out" confirming that it had finally made an appearance. 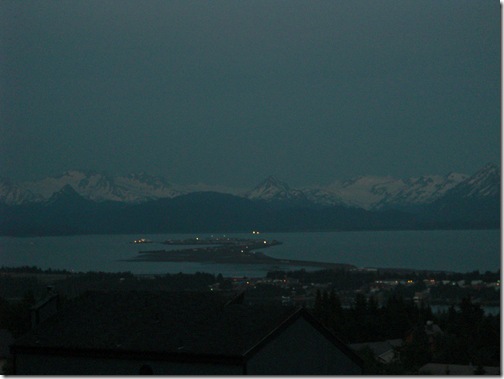 It wasn’t very cloudy last night when I took this picture at midnight, but the sun was hiding near the horizon.  Amy was asleep so she missed this.  Note all the lights on the Homer Spit and the snow on the mountains in the background.  Pretty.