The Illusion of Progress

I’ve had a busy July – lots activity in my portfolio, travel, and interesting stuff to deal with.  Most of the companies in my portfolio had solid Q2’s (recession?  what recession?), I’ve watched the TechStars teams in both Boulder and Boston grow up quickly, and the tech M&A market has woken up nicely.

At the same time, I watch the mainstream press report on the same old nonsense, our government struggle with “big issues” that seem to polarize everyone, and I listen to chatter in trains, planes, and automobiles about all the problems that exist.

This weekend I went on my annual “Feld Men’s Trip”.  This year we went to Chicago, ate at Mortons and Follia, went to a Cubs game, and had chocolate ice cream (twice) at Ghirardelli’s. 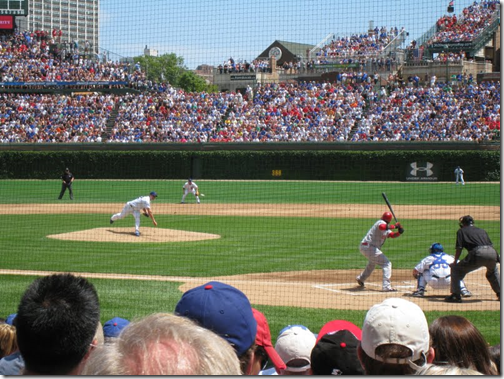 I was exhausted from the week so I slept a lot.  But, I did notice an amazing amount of activity in downtown Chicago and on Michigan Avenue on Friday and Saturday night.  Chicago was buzzing, everyone was enjoying the warm weather, and the mood was very positive.

There’s dissonance between the broad sentiment echoed by the mainstream media that seems to hang over everything and the energy and attitude “on the street.” I can’t decide if it’s me and my innate optimism, if there’s an illusion of progress, or if there’s a massive disconnect between reality and what mainstream media reports.

I’m going to be in Seattle, LA, and San Francisco this week; my antenna is going to be tuned to the tone of the cities.