The Chaos That Is Today

Wow – I guess Web 2.0 is happening somewhere (fortunately I have a delegate there – my partner Ryan McIntyre).  That not withstanding, the tempo of stuff going on today is staggering.  I’m having a blast sitting here in Boulder just trying to stay mildly ahead of all the stuff flying around.  I thought I’d share some of it with you in case you need a fifteen minute break like I do.

Angels Weigh In on Net Neutrality: The WSJ has an article talking about the letter a bunch of VCs (including me and my partner Jason Mendelson) sent Julius Genachowski in support of Net Neutrality.  I’m seriously bummed out that my good friend and Representative Jared Polis is opposed to Net Neutrality – if you are in Jared’s district (or any district) fill out the FreePress Save the Internet petition and have it sent to your congresspeople. (update: it looks like according to the OpEd that Jared wrote yesterday that he supports Net Neutrality.)

Lijit contributes analysis to Technorati State of the Blogosphere 2009: If you are a stats geek, Lijit has some great info for you including Search Engine Referral Data (some of it is surprising), average blogroll size, the impact of Twitter, and some special ad tag info.

When you need an “app for that”, Slice of Lime can build it: My friends at Slice of Lime are now building iPhone apps built on the NewsGator TapLynx framework (more on that soon).  If you’d like to carry me around in your pocket, give the Foundry Group iPhone app a try.

Gowalla + Foundry Group: I like to play with Gowalla.  I like it so much, that they created a special icon for the Foundry Group spot.  That’s one (very effective) way to get my attention. 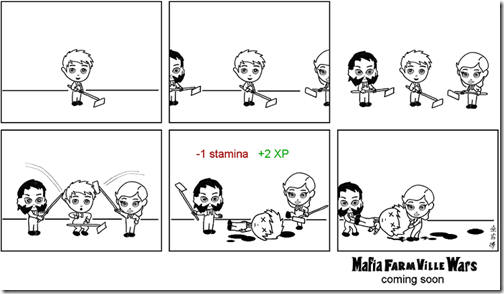 Music Hack Day Boston: Ian Rogers, the CEO of Topspin Media point this out to me.  It’s happening on 11/21 and 11/22 in Boston at Microsoft NERD and includes plenty of friends (such as Harmonix, Sonos, and Boxee).  If you are into music + tech don’t miss it.

I just punked my partner Seth (I expect he’ll figure it out before he reads this) and had my first good run in about 30 days.  Now if the sun would come out I’d be uber-happy.  Back to work.