Every Nerd Needs A Bow Tie

I spent a full day at MIT last month rolling around in a bunch of really cool tech. One of the meetings led to today’s Brad Feld Amazing Deal for OoOTies. 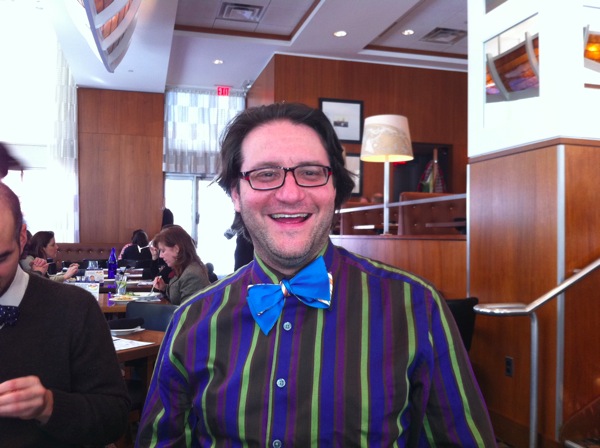 I had just sat through three meetings with MIT-related entrepreneurs – two who showed me new human instrumentation products and one who walked me through a new way to develop Android apps. The guy for my next meeting showed up, sat down, and started talking about bow ties. He was an MIT grad student who had become fascinated with bow ties and subsequently created a company called OoOTies along with an iPhone app. We had a fun conversation and then it was time for my next meeting.

At lunch time, I was with a group of MIT grad students who were working on a summer program for MIT students who want to be entrepreneurs. We were enjoying our fish chowder at Legal Seafoods when my new bow tie friend showed up with a bunch of bow ties in tow. Five minutes later everyone at the table had learned how to tie a bow tie and was sporting a new one.

One of the great things about my world is that I never know what to expect, so I just roll with whatever happens during the day. I’m off to TechStars New York Demo Day – looking forward to seeing what mysteries the world reveals to me. In the mean time, be bold and go buy a bow tie.