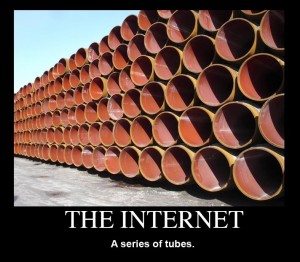 I don’t celebrate Christmas. So my Christmas eve’s are chinese food and a movie (also known as “Jewish Christmas”) and Christmas day is usually spent in front of my computer writing after sleeping late, followed by a run, a nap, and another movie.

This morning I slept until around 10am. Amy and I watched Hanna last night and I had a bunch of bizarre dreams as a result. The combination of being tired from an intense year, six marathons including four in the fall, a steady training schedule the last few weeks, and being 46 has resulted in a bunch of 10 to 12 hour nights. Yawn.

Amy and I got into our pajamas and drove 10 miles to the nearest Starbucks to get a physical New York Times (my gift to her for putting up with me not wanting to do Christmas.) When we got home, we settled in upstairs with our coffees, the dogs, some music, and the Internets (well – she’s over there reading the New York Times – very old school.)

I started my daily information routine around 11am and immediately thought to myself “boy things are slow today.” I’ve had a stupid problem upstairs in my office (my Wifi router was on top of subwoofer – intermittent performance issues which ended immediately when I finally noticed it and moved it away) so I’m extra tuned into performance right now.

I did all my normal Speedtest things and realized that it was actually the “performance of the Internet”. Sites loaded fine. My local performance was fine. Comcast was vibrating all over the place – sometimes fine, sometimes not, and highly dependent on (a) a point in time and (b) which web site I was going to. There was absolutely no consistency.

I’d never noticed this before on Christmas day. I get very little email (I’ve only gotten one message since I woke up two hours ago) and Twitter is almost silent (@dickc is one of the few people tweeting – he must be doing it just to generate some traffic, although I did notice that @sether got a new @eastoncycling tubular wheelset from @greeleys – I hope he got her something sparkly and shiny.)

I tweeted out “boy the internets are slow today. or maybe it’s just comcast” and my ever present buddy @jbminn responded immediately with “anecdotal, but *lots* of devices online today that were still in boxes yesterday”.

I think John might be right. I’m curious if the rest of you are seeing slow / random / weird Internet performance? Is this the first year that Christmas morning overwhelmed the Internet? Or maybe @FAKEGRIMLOCK is just having fun with us humans today.