I’m In Cambridge, Not Boston 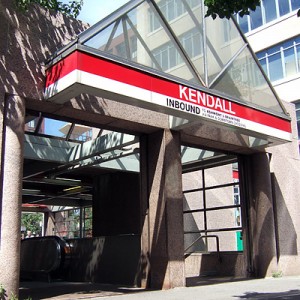 Over the last three weeks I’ve had numerous people ask me how my trip to Boston has been going. For a while I corrected them and said “I’m mostly in Cambridge” but gave up. Tonight, after hanging out at the TechStars Boston Mentor evening and program kickoff, I got into a long discussion with a Bill Warner and Ken Zolot about Cambridge, Boston, and startup communities. At some point in the conversation I blurted out “I have no idea why we call this program TechStars Boston instead of TechStars Cambridge.” And then something that I thought was important dawned on me.

My entire entrepreneurial view of “Boston” is centered around Cambridge. I’ve been here for two of the last three weeks (I spent four days in New York). I’m staying in a hotel in Kendall Square across from Google and next to MIT. I’ve spent my days walking to meetings at MIT, Kendall Square, Tech Square, Central Square, and East Cambridge including what I refer to as “the old Lotus building”. I’ve had all of my meals in Kendall Square or Central Square. Other than running, I’ve only been physically in Boston four times – first when I arrived at the airport, then when I took the train to New York, then when I returned on the train from New York, and finally when I spent the morning at Fidelity’s FCAT offices at Summer Street.

Now, I know there is plenty of startup activity in Boston. My old neighborhood near Fort Point Channel (I used to live on Sleeper Street in a condo at Dockside Place) is bustling with startup activity. There’s plenty of stuff on 128 and 495. There’s are other entrepreneurs tucked around the city. But that’s not the interesting story, at least in my mind.

Part of the magic of Boulder is the entrepreneurial density of the place. And as I wander from meeting to meeting in Cambridge, running into people on the street who I know, or who I met with the day before, or I who I want to know, reminds me of the dynamic in Boulder. For example, I ran into Matt Cutler on my way to Rich Levandov’s office and we walked over together. I bumped into the StartLabs organizers when going to a meeting with Will Crawford. I saw Joe Chung while hanging around StartLabs. I saw 50+ mentors who I knew last night at TechStars and expect to see more today when I’m there. While having breakfast with Michael Schrage at the Cambridge Marriott Joost Bonsen came over and said hello. At Dogpatch meeting with Yesware I saw Dave Greenstein and gave him a hug for his new kid. And the list of moments like this, which happened with 10 square blocks, go on and on. But when I hop on the red line and travel to South Station, the magic disperses.

I remember when the Boston VC community moved from downtown Boston to Waltham. I understood it was an effort to create a “Sand Hill Road” like venture community but the big miss was that an MIT student couldn’t hop on a bike and ride to Waltham like a Stanford student could with Sand Hill Road. And it’s no surprise that downtown Palo Alto, which is even closer to Stanford, is an attractive place for VCs to hang out. The snarky message when the VCs moved to Waltham was that they wanted to be close to their fancy houses and their private golf clubs and the entrepreneurs could come to them. It’s no surprise that many of these firms have relocated to Cambridge, recognizing that they should be in the middle of the entrepreneurial energy.

I’d suggest to the Cambridge and Boston startup communities that they should think of themselves as two separate but related communities. Even within Boston, it seems like there are different startup communities in downtown, 125, and even 495. I think that thinking of it “Boston” is a mistake.

In my world view, the entrepreneurs drive the startup community. Focus on entrepreneurial population density and entrepreneurial density – and make sure your geographic region is small. Over time, linking the critical mass together in a larger region (e.g. Silicon Valley or Boston) is fine, but the real power comes from the startup communities with the largest EPD in small physical regions which are big enough to have critical mass.