The Acceleration of TechStars 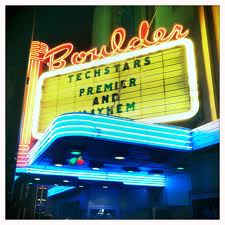 It dawned on me last night that as of tomorrow TechStars will have three programs running at same time with about 40 companies actively engaged in programs in Boston, New York, and San Antonio. Last week David Cohen, the co-founder and CEO of TechStars announced that he had raised a new $28 million seed fund called Bullet Time Ventures II. The final companies are being selected for The Kinect Accelerator.  The TechStars Boulder applications for this summer’s program close on Friday March 16th.

Not including the active programs, 126 companies have gone through TechStars since we ran our first program in Boulder in the Summer of 2007. We publish all of the results – as of now 110 are still active, 8 have been acquired, and 8 have failed. 772 people are employed by these companies. The percentage of companies getting funded at the end of a class has increased from 70% in 2007 to 90%. When we started, companies received $12,000 to $18,000 depending on number of founders. Today, they receive that, plus $100,000 in the form of a convertible note.

I’m most proud of the mentor network that has been created, the engagement from TechStars alumni in new companies, and the community involvement of local angels and VC investors in each geography where the programs occur. Whenever I visit one of the programs, the energy level is off the charts, whether it’s the first day or the 73rd day of the program.

In 2007, the idea of an accelerator was a new concept. Today it’s mainstream, as evidenced by the proliferation of accelerators around the goal and exemplified by the Global Accelerator Network.

The number of things in play at TechStars in 2012 is awesome. I’m incredibly proud of the entire team for what they’ve created, and where they are going with it.

If you are an entrepreneur, don’t miss out. Apply for TechStars Boulder now. And be part of the awesomeness being created in 2012 by TechStars.