The Physiological And Emotional Fallout Of My 50 Mile Race

Two weeks ago I was at about mile 40 of the American River 50 Mile Endurance race.

Today I went for my first run in two weeks.

Physically, I was ready to go running four days after the race. By 4/11 my legs felt fine. I consciously decided not run for the first week so on Saturday 4/14, while at LindzonPalooza 5 with my dad,  I contemplated doing an easy three miles on the beach. As I was changing my clothes, I laid down in bed. I woke up three hours late. No run.

Every day last week I thought about running before I went to bed. When my alarm went off at 5am each morning, I set it again for 7am (or 8am if I could get away with it) and slept in. This morning, I woke up after almost 11 hours of sleep and was still tired. And no, those 18 minutes to fall asleep wasn’t sex, I was just restless as I have been almost every night since my race. Apparently I had to pee at about 12:30, 3:30, and 4:30. 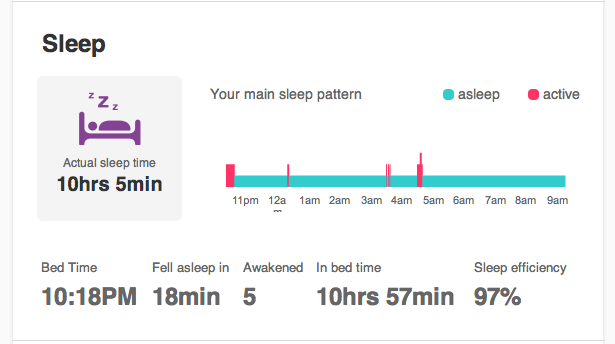 Today I decided it was time to get started running again. So I did. And it felt really good.

While my legs have felt fine, I’ve been completely exhausted for the past two weeks. It probably didn’t help that I spent the first week on the road (San Francisco, Los Angeles, and then San Diego) but I was home all last week in Boulder. I usually sleep 6 – 7 hours a night during the week and then binge sleep on the weekend (10 – 14 hours) but I’ve been sleeping 10+ hours a night for two weeks. And I’m still tired. As I type this, I could easily go take a nap.

As I expected, I’ve had lots of emotional ups and downs. The day after the marathon I usually feel really flat, followed by a really dark, pseudo-depressed day on day two after the marathon. By day three I feel ok and I’m back to normal on day four. While I know that pattern well, I didn’t know what to expect this time around after a 50 mile run.

On Sunday after the run, I was wildly depressed. I was alone – I’m sure that contributed to it – had brunch at Mel’s Diner in Sacramento, and then took a car to San Francisco. I got a massage at the hotel, got a veggie burger and a shake and then went to Hunger Games to try to disconnect from reality. It was Easter Sunday and downtown San Francisco was quiet, the Westfields Mall was closed except for the movie theater, and while Hunger Games was good, when I walked back to the hotel I was very lonely.

Monday was more of the same. I slept a lot, felt sore but wandered around a little, hung out at Fitbit, and had dinner with some Stanford students. But I was emotionally flat.

I went to LA on Tuesday and had three super busy days in LA where I hung out at Oblong, LaunchPad LA, MuckerLabs, and gave a talk in Valencia. I’ll put this time frame in the category of “manic” – I was tired the whole time, physically felt better, had plenty of up moments, but then at around 3pm every day just wanted to lay down wherever I was and go to sleep. At this point, I felt a dark depression looming – the activity with people probably kept it at bay, but it was lurking right beyond the horizon. Each night I tossed and turned for a while, which is unusual for me as I usually fall asleep right away, but when I slept I was out. Deeply deeply out. When I woke up, I was down, tired, and disoriented, but once I was around people I got back in the groove.

By Friday I was in San Diego with my dad. I was feeling a lot better emotionally, but the fatigue was still heavy. I took a three hour nap in the afternoon each day – not your quiet nap, but the toss and turn, sweat like crazy, wake up and have to take a shower nap. Hanging out with my dad was safe feeling and I had a great time at LindzonPalooza with a bunch of friends and a some people I didn’t know, but the heaviness lingered.

I was back home Sunday. I hadn’t seen Amy in ten days and we had a tough first 12 hours of re-entry. I was disoriented, cranky, and probably emotionally distant. That’s never a good way to be, especially when you haven’t seen your beloved for ten days. We had a tough night Sunday, woke up fine Monday morning, and tried again Monday night where we had a lot of fun together. She then left on Tuesday morning for Boston for the week so I was again alone.

My three P1s this week were (1) the Foundry Group annual meeting, (2) close a financing in a new company, and (3) rest and recover. As I reflect on the week, I accomplished all three (the financing will close first thing Monday morning). So that’s good.

I’m still a little tired feeling, but the kind of tired I have after working a long week. I have some anxiety floating around – not bordering on going to a bad place, but atypical levels for me. But underneath it all I have a deep stillness as I consolidate all of the physical, emotional, and psychological changes and experiences as a result of this run.

This has been a really powerful experience for me. The physical act of running 50 miles was about twice as difficult as a marathon. But the emotional act was at least four times as hard. And I’m still not sure I’ve really processed it. It’s taken me two weeks to feel like I’m back on balance with all the things coming at me every day and I know that I’m still tired. But now that I’ve got two weeks behind me, I’m contemplating a few deeper concepts that have been rolling around in my mind that were stimulated by this run.

Most of all, I want to thank everyone out there who has been supportive of this endeavor. A few people had a profound impact on the experience, but many people I know have contributed support, emotional energy, encouragement, and suggestions. Thank you.