The Power of Passion When Starting Your Company 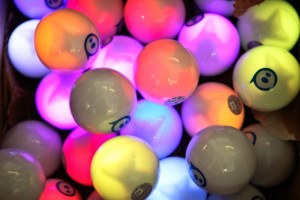 It was the second week of TechStars and I was doing office hours with each of the 11 teams going through the Boulder 2010 program. I was sitting across the table from Adam Wilson and Ian Bernstein who each looked tired and dejected. In front of them were three slides.

I asked them what was wrong. They said they were having trouble deciding which of three different products to pursue. They’d had a dozen meetings with different mentors and were getting wildly conflicting data, which we refer to in TechStars as “mentor whiplash” and is a normal part of the first 30 days of TechStars for every team.

A few weeks earlier, Adam and Ian had their company Gearbox accepted into TechStars. They were hardware / software / robotics nerds and loved to tinker around. Their TechStars application and video had something to do with robots and their crazy desire to stay up all night hacking on them. When I’d last seen them a few weeks earlier, they were full of energy and life. Now they just looked defeated.

“Tell me about each of the ideas.” I asked. Adam started with the first one. “It’s a door lock controlled by your smartphone. The door lock market is really big.” said Adam in the most deadpan monotone voice I’ve ever heard.

“Ok – what’s the next one?” I asked. Ian mumbled something about the second slide on the table. I don’t even remember what he said.

“What about the third one?” Adam chimed in again, a little more animated this time. “It’s a robotic ball controlled by your smartphone.”

“Why are you having trouble deciding?” I asked. Adam kept going. “Some of the mentors like the door lock market but it seems like a really easy product to create and there are lots of door lock companies. And some don’t like it because it’s not defensible. No one really understands the second idea. And then there’s the ball – some mentors love it and others hate it.”

“Well,” I asked, “Is there one you love a lot more than the other two?” Adam and Ian looked at me quizzically, the same way my golden retrievers do when I ask them if they want to go for a walk. “Really, you just want to know which one we love the best?” asked Ian.

At that moment, Sphero was born. And I knew that if Adam and Ian could make any progress over the next 10 weeks creating a robotic ball controlled by a smartphone, I wanted to invest in these two amazing guys. Their passion and obsession around the idea of a robotic ball you control with a smartphone was awesome.

Over the ensuing weeks they were regularly asked “what’s the market”, “who is the customer”, “how big is the market”, “isn’t it just a toy?”, and a bunch of other skeptical questions. As the weeks went by, they kept answering these sames questions with some variant of “we don’t really know but here are some ideas.” They kept working on the prototype and once they could drive something in a sort of a straight line, more eyes started lighting up and the “how big is the market questions” started to diminish.

Fundamentally, they didn’t know the answer, nor was it important at this stage. There are a zillion balls in the world and an endless set of applications for them; at this point Adam and Ian were pursuing the vision of a product that they were obsessed about. While some mentors and investors wanted to understand all the market and customer dynamics, others were able to see, or dream about, the enormous potential opportunities if the product could ever be created.

Three months later Foundry Group led the seed investment in Orbotix. And we are just as passionate about it today as Adam and Ian were way back when.