Wow – That Was Intense 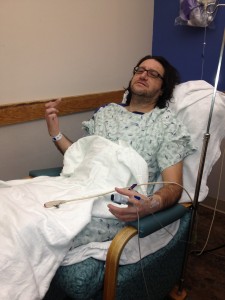 As they wheeled me into surgery, I thought to myself “If this is the end it has been pretty amazing.” This is a photo my brother Daniel took of me just after they wheeled me out of the recovery room and back into my little cubby hole where Amy and Daniel were hanging out. While I don’t remember any of this, probably due to being under the influence of Versed (a truly amazing drug) at least I had the right attitude in response to Daniel saying “take that kidney stone!”

I had an 8mm kidney stone removed using Laser Stone Surgery using Flexible Pyeloscopy on Friday 11/16. While not a major surgery, I still went under general anesthesia for two hours for the first time as an adult. Amy describes this as “they take you to death’s door, open it a crack, let you peer in for a while, and then pull you back and close it.” I probably didn’t need her to tell me that description prior to the surgery.

On Sunday 11/18 I went to Cabo San Lucas for a two week vacation which included my 47th birthday. I don’t remember much of the first week – I was stoned on Vicodin and in a happy, warm, cuddly, very constipated, fields of golden retriever puppy haze. I stopped taking Vicodin on Thursday 11/22 but it still took a few more days to start feeling normal. I dropped off the grid entirely for the week of 11/8 but resurfaced to do some email and writing the week of 11/25. By 12/1 (my 47th birthday) I felt about 90% and was very relieved to have the surgery, and the prior three months behind me.

This period started off on 9/5 in Kobarid, Solvenia with a bike accident. I broke a tooth, got some stitches, and badly bruised my ribs. It was entirely my fault and my partner Ryan McIntyre, who I crashed into, saved me from much more severe damage. I then proceeded to spend the next three weeks on the road, totaling a month away from home. That was mistake #1, as I underestimated how tired I’d get from it. Mistake #2 was underestimating the damage from the bike accident. I ended up running the Detroit Marathon on 10/21 and did fine, but I was completely wiped out physically by the end of October. I continued to spend a lot of time in October and November on the road and found myself exhausted and depressed by the end of it. And then our dog Kenai died.

Oh – and Amy and I wrote the bulk of Startup Life: Surviving and Thriving in a Relationship with an Entrepreneur during this time period (it’s done – we submitted the final page proofs over the weekend.) I recognize the irony of completely burning myself out during the writing of this book – fortunately we talk about this challenge plenty in the book and we communicated extraordinarily well as a couple during this time frame about what was going on. Finally, I do have a full time job and spent the bulk of my time working on that, so all of this other stuff was the extracurricular activity that filled in the cracks around the 60+ hours a week of VC work I was doing during this time.

I had a lot of time to reflect on this last week after I came out of my Vicodin-induced haze. At 47, I realize, more than ever, my mortality. I believe my kidney stone and depression were linked to the way I treated myself physically over the 90 days after my bike accident. While the kidney stone might not have been directly linked to the accident, the culmination of it, the surgery, and my depression was a clear signal to me that I overdid it this time around.

I’m back in Boulder and very refreshed. I’m also determined to learn from this experience. Amy and I spent a lot of time last week talking about changing the tempo on some things, including adding in some new daily habits like yoga that prioritize higher than other things. And I’ve accepted that part of my travel pacing has to include being home over the weekends to so I can recharge my extrovert.

Thanks everyone who gave me well-wishes and support the past few weeks. It means a lot to me. I leave you with the sunrise from Cabo that I saw each morning during the past two weeks. 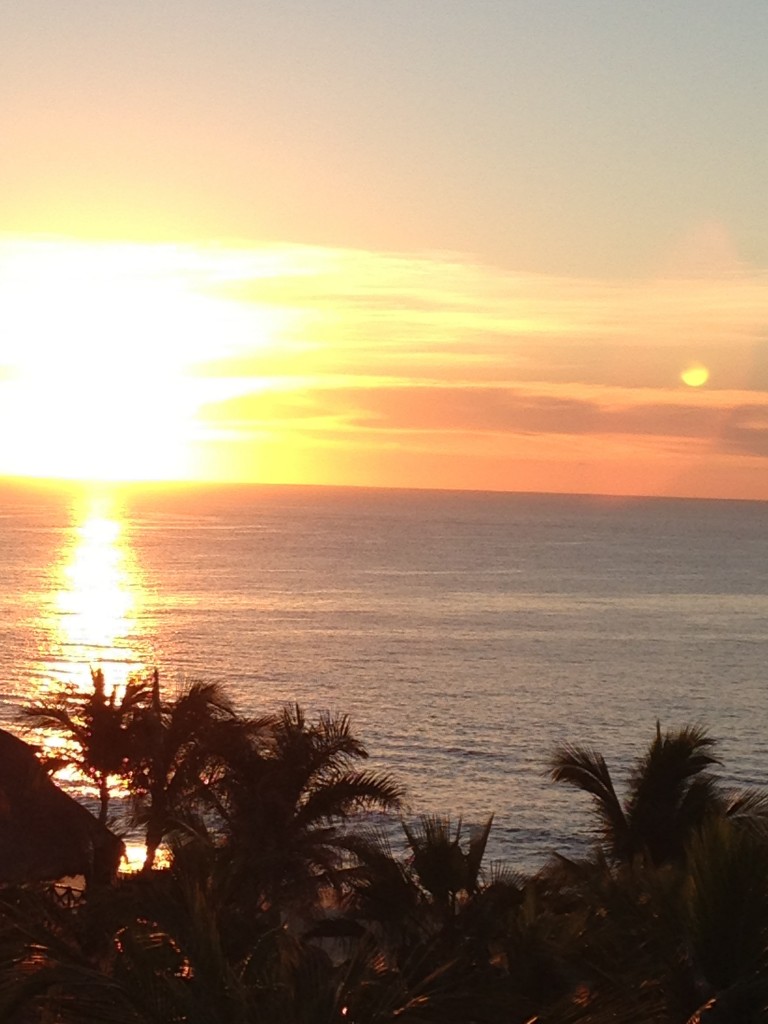