Why Am I Forbidden From Using My iPhone In US Immigration Areas? 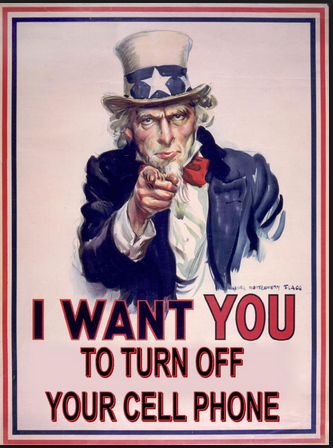 I’m in the Little Rock airport on my way home. After having an abysmal travel day yesterday that started off at 5:30am with me being detained By U.S. Customs and Border Protection in the Toronto airport, I finally got to Little Rock around 4pm, made it to the Startup Arkansas event around 5:30pm, and did two hours of open office hours, a Startup Communities talk, and general Q&A. When I got back to my hotel room around 10:30pm  and crawled into bed after hanging around with the entrepreneurs at a great after party, the crappy US CBP experience had been washed off of me. I had a great evening, and, like entrepreneurs everywhere, the people I got to hang out with in Arkansas are optimistic, fun, excited about what they are doing, and building the future. And they like beer, which I needed after a very long day.

I had two separate bad dreams last night about being detained. The first was a strange, complex one that is now fuzzy in my head, but happened in a futuristic, very dark setting. The second is still fresh – I was with Dick Costolo (Twitter CEO) somewhere in San Francisco and we were detained by military people who put us in a room, took away our iPhones because they were afraid Dick would start a revolution since he controlled Twitter, and made us sit silently back to back. I woke up before that dream resolved.

When I woke up from my second dream, I realized I was wondering why you are forbidden from using your iPhone in US Immigration areas. I notice this all the time when I enter the US – you go through a door into where the giant immigration room is and you are bombarded with the universal “no phone” sign. Then, when you break this rule and tweet a photo of the “no phone” sign, one of the CBP people inevitably comes over to you and tells you that you can’t use your phone there.

Yesterday, after I ended up in what I have been told is called the “secondary” room, I quickly sent Amy and Kelly an email telling them where I was. I then tweeted that I had been detained by CBP. This took about 30 seconds, at which point one of the CBP agents very aggressively told me that I couldn’t use my phone in this room.

I didn’t have the presence of mind to ask why, nor do I think it would have been particularly helpful. I’m sure the formal reason is something like “you are on government property and we get to set the rules on what you do” and then there is – if pushed – some separate justification about security. But I’ve used my iPhone when I was in the White House, I’ve taken a photos of Obama with it, I check in on FourSquare at various government buildings, and I have spent many mindless minutes waiting on a line for some government service somewhere using my iPhone. And some very creative people have videoed their own experience with CPB and DHS agents doing ridiculous things, making absurd statements, and demonstrating what happens when they don’t understand civil liberties and our constitution as well as the people they are trying to question.

Why am I forbidden from using it in an Immigration facility? Are they afraid of people videoing what they are doing? Are they worried that I’ll rally a twitter mob to break me out of the secondary detention area. Or are they just enjoying exercising their ability to eliminate my ability to communicate with the outside world?

I’m clearly still riled up about yesterday, although I’m mostly just sad about it. It’s horrifying to me how, as a government, we treat non-US citizens who are legally in this country. It’s also disgusting to me how difficult we make it for people to come into this country and startup businesses, which ironically is the foundation on which much of this country has been built. And now that I had a very direct and minor taste of it, I’m sad that we’ve let things get to this point.