A few weeks ago I did an event with Built In Denver where I interviewed Tim Miller and Ryan Martens, the founders of Rally Software, on their journey from a startup to a public company (NYSE: RALY). As part of the event – held at Mateo in Boulder – the gang from Built In Denver announced they were rebranding as Built In Colorado.

The past two days the Colorado Innovation Network held it’s 2nd annual COIN Summit. As part of it, Governor Hickenlooper rolled out a new brand for all of Colorado, an effort led by Aaron Kennedy, the founder of Noodles & Co. The focus was on Colorado, not on Boulder, or Denver.

Powerful startup communities start at the neighborhood level. They then roll up to the city level. And then cities connect. Eventually it rolls up to the state level.

It’s a powerful bottom up phenomenon, not a top down situation. And inclusive of everyone. This is one of the key parts of my theory around Startup Communities.

When we started Startup Colorado in 2011 as part of the Startup America Partnership (now Up Global), the first of our six initiatives was:

Export the magic of the Boulder tech community to Fort Collins, Denver, and Colorado Springs by expanding New Tech Meetups, Open Coffee Clubs, and Community Office Hours to these cities.

When I look at what is happening in Denver, and the connective tissue between Boulder and Denver, I’m incredibly proud of what has been accomplished in less than two years on this front.

When I see questions on Quora like Should I start my start-up in Boulder or Denver? and then read the answers, my reaction is “poorly phrased question” and “wrong answer!” It’s not an either / or – the two cities are 30 minutes apart. They are both awesome places to start a company. It depends entirely on where you want to live – do you want a big city (Denver) or a little town (Boulder). If you choose Boulder, when you reach a certain size, you’ll end up with offices in both like Rally and SendGrid.

I’m psyched that Built in Denver is rebranding to Built in Colorado. I’m going to spend most of the week for Denver Startup Week in Denver, and CEOs and execs from most of our portfolio companies are converging on Denver in the middle of the week for a full day session together. 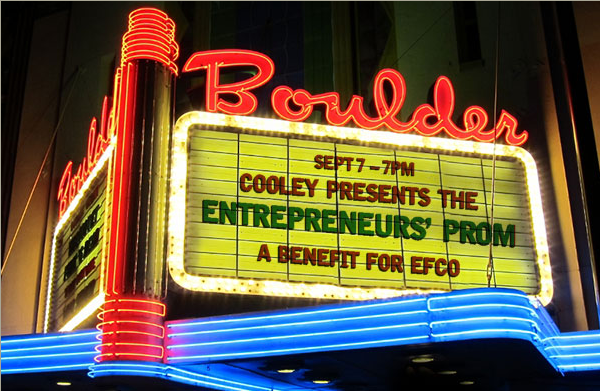 Innovation and entrepreneurship is off the charts right now. Let’s make sure we work together to continue building a base for the next 20 years.