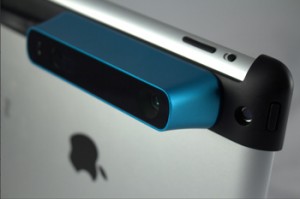 Just under two months ago, Occipital launched their new Structure Sensor on Kickstarter. Over the course of 45 days, it raised more than $1.2M to become the 6th most funded tech-category project ever on the site.

Kickstarter backers aren’t the only people who are enthusiastic about Occipital’s new creation. Two of the technology world’s biggest names have now added the Structure Sensor to their roster of award-winning new technology products for 2013 and 2014.

Every year, Popular Science chooses 100 products they consider to be the “Best of What’s New.” This year, they chose the Structure Sensor as one of 8 products in their “Gadgets” category to receive this honor, alongside other products like Google Glass. Check out Popular Science’s “Best Of What’s New” for 2013 here.

The 2014 International CES show in Las Vegas is just two months away. Along with organizing CES, the Consumer Electronics Association also runs the annual CES Innovation Awards to recognize those new consumer electronics products that are outstanding in their field. For 2014, the Structure Sensor is one of 11 products to be named a CES Innovation Design and Engineering Honoree in the “Tablets, E-Readers & Mobile Computing” category, alongside others like the new Sony VAIO Flip PC. See the CES Innovation Awards for 2014 here.

If you missed the Kickstarter campaign but want to get a sensor, Occipital just launched pre-orders today at structure.io.