We just led a $22 million financing in Glowforge. I’ll start with the punchline – lasers are super cool.

When we led a $9 million financing in Glowforge a little over a year ago, we were excited about the potential to do to the subtractive 3D printing world what we did with MakerBot in the additive / FDM 3D printing world. We were also fired up by the beautiful and practical stuff that the team made us to show what the product could do.

By the time the 30 days were over, it was unambiguous that we had found the ever-elusive product market fit. We knew that all kinds of designers, crafters, artists, and makers wanted a 3D laser printer in their home. The feedback around what we were doing was incredible and awesome. Oh – and lasers are super cool.

It has been less than nine months since the pre-order campaign and I’ve seen the product and the company move at a lightning quick pace. In Q2 they brought a full beta unit to our office in Boulder and it blew our mind. 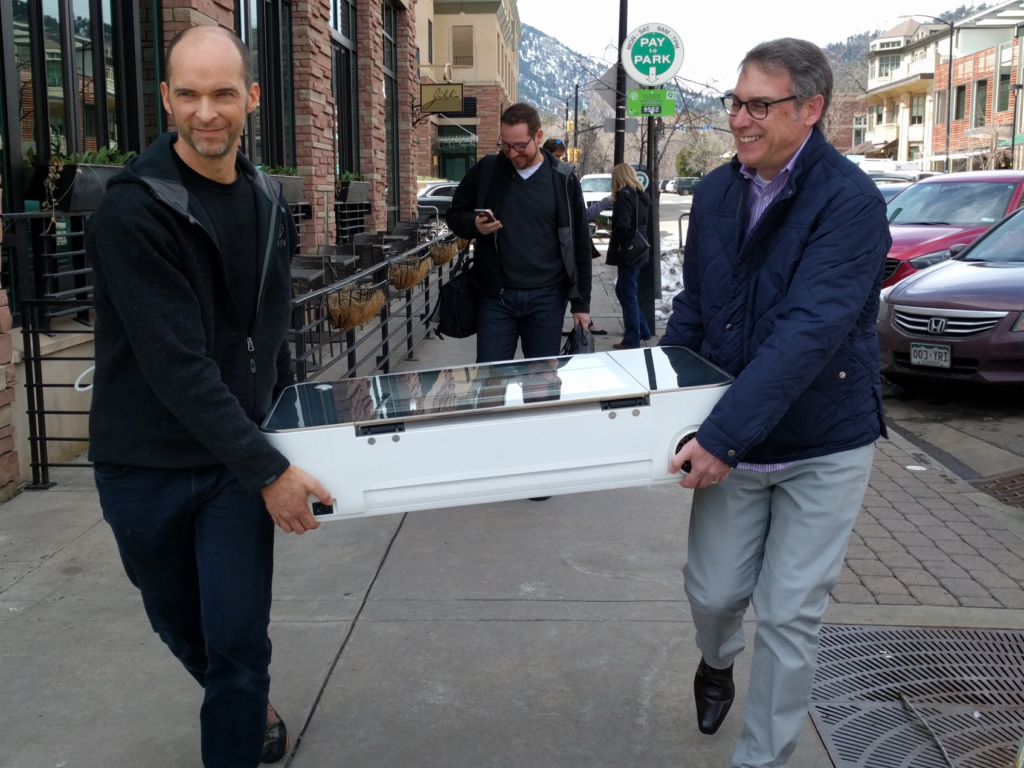 My partner Ryan’s son Quinn (who is 12) was in the office so we sat him down in front of the Glowforge, gave him an iPad with the Glowforge software on it, and he went to town making stuff in our conference room. After 30 minutes the grin on my face was so huge I had to go sit quietly in my office for a few minutes to calm down.

Units are now coming off our US manufacturing lines and we are starting to get them into beta user’s hands each week. We are trickling them out slowly to make sure that we’ve got the manufacturing process nailed for the hardware. The software is continually improving, so a short passage of time as we dial in the manufacturing before scaling just results in an even better end product.

Dan Shapiro (the CEO) and his team is obsessed about having the highest quality possible product. While they didn’t need any additional money at this point, they were willing to let us do a financing to have major cash on the balance sheet that would allow them to weather any challenges. Given the extreme demand we had from the pre-order campaign, we are expecting this to accelerate once we start shipping, so it made sense to raise more money right now to support growth so the company could focus 100% of it’s energy on customers and product.

We proactively offered to lead a financing rather than have Dan and team run around few a few months. As part of our overall strategy, we have long described ourselves as syndication agnostic. We are happy to invest with others, but we are also happy to lead rounds ourselves in companies we’ve already invested in. At Glowforge, we already had a great partner with True Ventures and were able to agree on terms with Dan and his team that allowed us to quickly do a round.

As Glowforge printers make their way out into the world, I’m super excited to see what people do with them. Oh, and lasers are super cool.