Shopping in Boulder at Table Mesa This Weekend

My partner Chris Moody came up with a great idea he’s calling #BoulderStrongTableMesa. This is in response to the mass murder that happened at the King Soopers in Table Mesa on Monday, March 22nd.

What if the Boulder community doubled down on #BoulderStrong to show support for the small businesses located in the Table Mesa Shopping Center directly impacted by this tragedy? After an extremely challenging year trying to keep their businesses running through a global pandemic, the small shops and restaurants of the Table Mesa Shopping Center are now facing the near impossible task of trying to return to business-as-usual. I visited a few of these shops this week and have heard stories of employees hearing gunshots and being forced to shelter-in-place. The parking lots adjacent to King Soopers are occupied by police vehicles and mourners visiting the site. “Trying to hang in there, was a response I heard from one store owner when I asked how things were going. He looked exhausted.

His post has a comprehensive list of all the stores in the shopping center. Help everyone who works there get some energy from the community. And – spread the word.

We are going to the edge of the United States to see them.

Experiencing this puts a lot of things in perspective for me.

Perspective From Far Away

Amy and I have been in Homer, Alaska for the last ten days. Above is the view from the parking lot at the ocean in Anchor Point, which is literally “the end of the road on the western side of the US.”

Amy grew up here and it’s one of the places I go when I want to get some distance from everything. When we started coming here in the mid-1990s together, we’d literally have to disconnect in a lot of the places we hung out at. Today, you can only figuratively disconnect, as the internet will find you almost everywhere.

I’ve managed to turn off a lot of the distractions in the world over the past two years. Some, like Facebook, were easy. Others, like Google News, were harder. But even with the noise turned way down, it’s often hard to have perspective.

A 13 mile run to the end of the Homer Spit and back helps. Doing it two days in a row helps even more.

I took the weekend completely off from the computer. I read a lot, napped after my long runs, and talked to Amy. That was about it for the entire weekend.

As I settled into the Monday work rhythm, albeit four hours behind the east coast, I felt like my ten days in Homer has re-established some perspective.

Amy just said out loud, “We both seem cheerier than we did ten days ago.” True that.

I’m lazy blogging this week as I get ready to go on vacation for the July 4th holiday. So, here’s another set of videos to watch, which is the entire Street Level Startups series from Colorado Public Television. I’ve watched them all now and they are a great history of how the entrepreneurship scene in Colorado has evolved recently, along with a bunch of fun highlights of people and companies.

Street Level Startups: When an Idea Strikes – Stories of Inspiration

The level of histrionics yesterday about the weather on the front range that is coming has been epic. I’ve lived here since 1995 and the amount of fear, anxiety, discussion, preparation, and public commentary is higher than I can ever recall (and yes – I’m now contributing to it.)

As I sit here at my computer looking out my window in Longmont, it’s cloudy and raising episodically (hard a few minutes ago, but it has now stopped.) The clouds are dark and heavy to the east, low and snowy to the west, and light to the south. It’s just weird and made me think of what the eye of a hurricane must feel like.

Everything in Boulder is closing in advance of the storm. I had two meetings in person today – one canceled and I went ahead and canceled the other one just for flexibility. I expect DIA is going to be a total mess although the status is pretty normal right now.

I wonder what this would have been like 30 years ago, pre-commercial Internet and World Wide Web. How much of this is excitement amplified by immediate transmittal of information of an extremely wide variety of accuracy?

Or maybe a snowpocalypse is really coming. I guess we’ll know in a couple of hours (it’s now predicted to start around noon.)

Colorado Magic on a Friday

I’ve been in San Diego with Amy for a while but we are returning to Boulder in a week. San Diego has been great, but I miss my dogs, my friends, and the Colorado vibe. 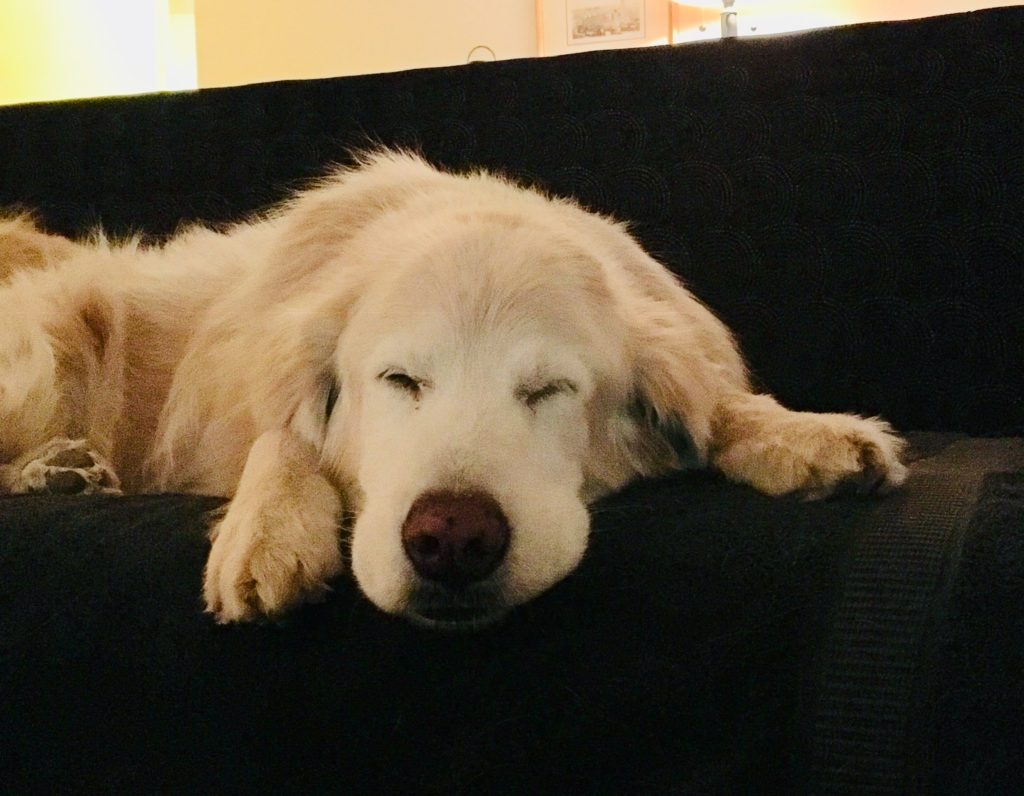 When people ask me about the Colorado vibe, I often talk about GiveFirst. Soon there will be a book (by me) on this, but for now there’s an increasing amount of content on the web building up to explain it. This article in the Colorado Sun – How Techstars’ “GiveFirst” mantra became a road map for the startup community in Colorado and beyond – was excellent and had numerous short examples of how GiveFirst works and influences a startup community. 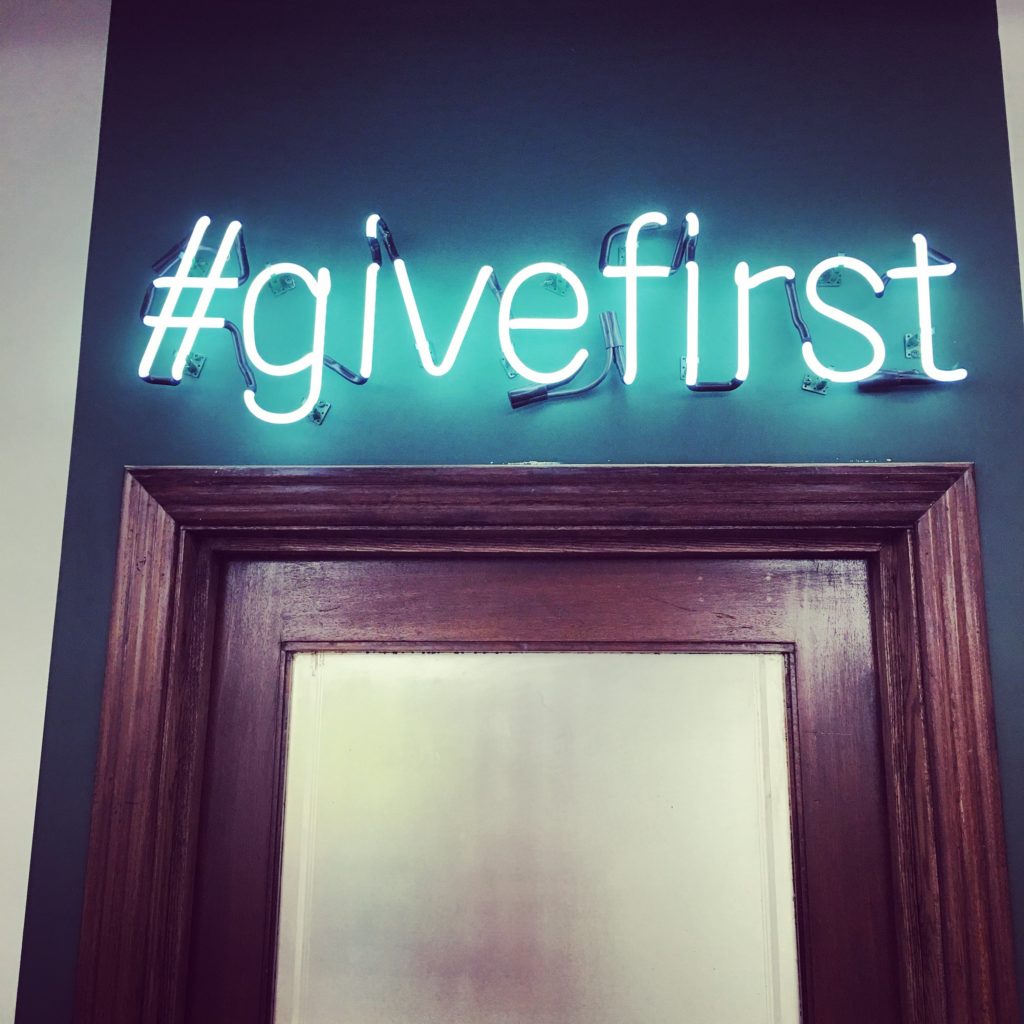 Next up is a fun article by my co-author of Startup Communities Way (my new Startup Communities book – coming up mid-year 2019) Ian Hathaway. A few days ago he cranked out a post titled Colorado is for Founders. I love that phrase and he led off the post with this great tweet from Phil Weiser.

Excited to work with our new Governor and my client to be, @jaredpolis. pic.twitter.com/5jOv1K0gDL

He goes on to explain Jared and Phil’s huge accomplishments and impacts around startups and the startup community. The punch line in the post is:

“By many measures, Colorado is the most entrepreneurial state in the country, a fact that I discovered in 2013 when studying high-technology business formation around the United States. I was struck by just how many places across the state had a high proportion of startup activity occurring—a finding that has been extended to looking across other types of high-growth entrepreneurship as well. Something special is happening there, and it has been for many years.”

I’ll end with the Holiday Gift Guide from Techstars. If you want to give someone you know the gift of something from a Techstars company this holiday season, here are the choices all in one place. 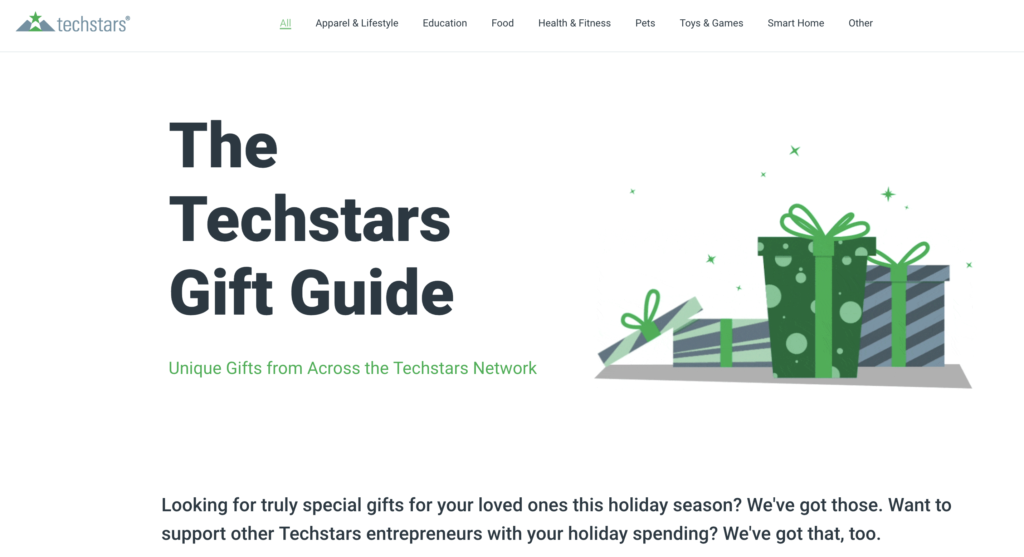 Happy Friday Colorado. See you in a week.

I had dinner with Ian Hathaway a few weeks ago when I was in London. It was a delight to see him in person. While we’ve been collaborating on Startup Communities 2 (which we are now calling The Startup Community Way), which will come out at the “end-of-the-year-ish,” having dinner was a delight and reminded me how much I like him.

A few months ago he wrote a post on Waterloo, and activity in Canada in general, titled The North Star. It’s a good post worth reading but reminded me of a concept that we are weaving into The Startup Community Way.

There is an increasing number of “binary star” startup communities. If you aren’t familiar with binary stars, they are a system of two stars in which one star revolves around the other or both revolve around a common center.

Boulder and Denver is a canonical example of this, where each city has developed a strong startup community, but the relationship between the two makes each stronger as they grow and develop.

Other examples that I’m familiar with that jump out at me include:

If you know of other binary star startup communities, especially if you are a participant in one, leave a note in the comments.

Do You Consider Yourself a Texan?

Did you know that 28.5714% of the partners at Foundry Group are Texans?

Recently, I was asked if I consider myself a Texan. I answered that I grew up in Texas, live in Colorado, was born in Arkansas, and went to school in Massachusetts. While I have a house in Alaska, I never lived there (that’s where Amy grew up.)

I hadn’t really thought about this before I answered the question. While Massachusetts was very good to me, I never felt at home living in Boston or Cambridge. I left Dallas 35 years ago (although my parents still live there.) I only lived in Blytheville for a year, although I just visited it with my dad a few months ago.

I’ve now lived in Colorado longer than anywhere else (22.5 years). But, I’m occasionally told by people who have lived in Boulder for over 25 years that I’m still a newbie. So, maybe I’m a Texas for a few more years, although Amy says definitively, “You are not.”

Bobby Schnabel has returned to CU Boulder as the College of Engineering and Applied Science faculty director for entrepreneurial leadership, external chair of computer science, and campus thought-leader on computing.

I first met and worked with Bobby in the mid-2000s at the National Center for Women & Information Technology (NCWIT), where he was a co-founder and on the board with me. Bobby is awesome and I’m really psyched he’s back in Boulder at CU.

While you may not know Bobby, this is a huge add for CU Boulder and the Boulder Startup Community. Bobby has a long history with CU Boulder. He was on the computer science faculty of the University of Colorado Boulder from 1977-2007, and Vice Provost for Academic and Campus Technology and Chief Information Officer from 1998-2007, and founding director of the Alliance for Technology, Learning and Society (ATLAS) 1997-2007.

In 2007 when he left CU Boulder to become the Dean of the School of Informatics and Computer at Indiana University I was bummed for CU Boulder (but happy for Bobby and Indiana University.) When he joined the Association for Computer Machinery as CEO in 2015, I had the sense in the back of my mind that he might make his way back to Boulder at some point.

Bobby is returning to CU Boulder to strengthen the partnership between the incredible tech business and startup community we have in the Boulder area and in Colorado, and the tech-programs at CU Boulder.

Welcome back, Bobby! And, if you are in the Boulder Startup Community and want to connect with Bobby at some point, just give me a shout.