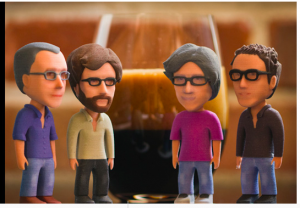 I spent most of the day yesterday at TechStars Boulder. Demo Day is a week away and I did my annual “talk about how to finance your company” thing which included meeting with each company and giving them advice on where they were in the process. As I walked to dinner, I felt incredibly energized – once again there is a great set of companies coming out of the program and it’s awesome to reflect on the progress that they’ve made in 90 days.

My “near the end of the program” talk has become a ritual for a few of the programs – I just sit around and answer questions about the financing process for an hour. This lets me tune the discussion specifically to what’s going on and what is top of mind of everyone at this stage in TechStars. Since everyone in the program is in the room, they get to hear specifically what their peers are going through and how things are being addressed. This is obviously not a steady state phenomenon from year to year as while some of the issues and dynamics around fundraising stay constant, the environment is continually changing.

I woke up to an email this morning from Isaac Squires of Ubooly which said “Best Analogy Ever: I think it went something like – “VCs are like D&D players – I’m the psi mage, and Jason is the barbarian…”  It was part of my rant about VC archetypes.

One of the biggest mistakes entrepreneurs make is to assume “all VCs are the same.” Over and over again I hear questions like “how do I raise venture capital” or “how do I approach a VC”, or “what does a VC want to see in the first meeting”, or “now that I’m going to pitch a VC, what should I show them?” The answer – generically – is “I have no fucking idea – WHO are you meeting with?” This usually gets the person’s attention, at least a little.

The point I go on to make is that there are dozens are archetypes of VCs. Yesterday I listed half a dozen quickly off the top of my head using one line descriptions. I then paused and used an analogy that occurred to me in the moment and caused all the nerds in the room to smile. I said something like:

“Think about D&D, or Magic the Gathering, or any other game like that. The VCs are individual characters in D&D. Each character has a different set of skills, weapons, money, and experience points and over time develops more. A firm is a combination of different characters – at Foundry Group you might have a mage and a barbarian – and the combination is what you have to pay attention to.”

I played a lot more D&D than Magic (D&D was my junior high school game of choice) but the analogy holds exactly for Magic or even in simpler form Werewolf. One you realize you are dealing with many different archetypes with different skills and skill levels, and the configuration of these archetypes into a firm are similar to how characters combine and interact in a battle, you realize that there is no “generic VC.”

I moved off the analogy to make the point that you should do your research on the person and firm you are talking. It’s easy to do today via the web and the power of all the network connections between people. If you understand who you are talking to, what motivates them, and what they care about you can both target them better as well as have a much more effective conversation with them.

I expect I’ll use this analogy again and again – it’s better than saying “there are lots of different VC archetypes.” I need to think a little harder about the specific archetypes at Foundry Group since right now we all appear to be 3-D printed bobble-heads when you look at our website. At least there’s the consistent theme of beer in the background.