Why Don’t We Make Learning A Computer Language A Requirement In High School? 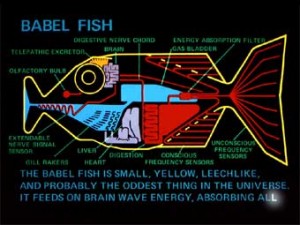 I spent this weekend at LindzonPalooza. Once a year Howard Lindzon gets together a bunch of his friends at the intersection of financing, tech, media, and entrepreneurship, we descend on The Del in Coronada, and have an awesome 48 hours together. Many interesting and stimulating things were said, but one I remember was from Peter Pham over dinner. It was a simple line, “why do we teach languages in junior high and high school but not a computer language?” that had profound meaning to me.

When I was in high school, I had to take two years of a foreign language. I had three choices – French, Spanish, or German. I didn’t really want to learn any of them so I opted for French. I hated it – rote memorization and endless tedious classes where I didn’t really understand anything. Fortunately I liked my teacher for the first two years and I did fine academically (I got an A) and ended up taking a third year of French.

Year three was a total disaster. I hated the teacher and apparently she hated me. We watched these stupid reel-to-reel movies of french cartoons aimed at English speakers trying to learn French. Beyond being boring, they were incomprehensible, at least to me. Somehow I ended up in the front row and it was my job to change the movie when it finished. One day, when I was sure the teacher was out of the room and I was changing the reel, I muttered ” tu es une chienne” (one of the few French phrases I still remember, along with “va te faire foutre.”) I was wrong – she was in the room and, after a trip to the principal’s office (the principal liked me and let me off easy) I dropped the class and took a study hall instead.

Now, before I use the old line of “I have a hard time learning languages”, I’ll call bullshit on myself since during that time I learned BASIC, Pascal, and 6502 Assembler. I was good at learning languages – I was just way more interested in computer languages than romantic european languages.

We didn’t have AP Computer Science at my school so I taught all of this to myself. But today, schools have computer science courses. And, based on what I’ve learned from my work at NCWIT, looking at course curriculums, and talking to a lot of students, most high school computer science courses suck. Part of the problem is the word “science” – they teach computer science theory, how to program in Java, math, logical, and a bunch of other things. But they don’t teach you software development, which is much more useful, and a lot more fun.

When I compare it to French 3, I wanted to learn conversation French. I probably would have enjoyed that. But the teacher, who was French, insisted on grinding us through endless grammar exercises. The movies were sort of conversational, but they obsessed over the different tenses, and we were tested endlessly on when to use tu and when to use vous, even in French 3.

I’m not a language instructor, nor do I have any interest in figuring out the best way to teach a language – computer or otherwise – but it seems to me that we are shifting into a different period where learning how to write software is just as important – and probably more so – to a high school student as learning to speak French, at least at a two year of course level where all you remember are a few swear words.

Am I wrong? If so why. BTW – Google translate quickly tells me that is “Ai-je tort? Si oui, pourquoi.” My bable fish is on order.