Book: The Red Web: The Struggle Between Russia’s Digital Dictators and the New Online Revolutionaries 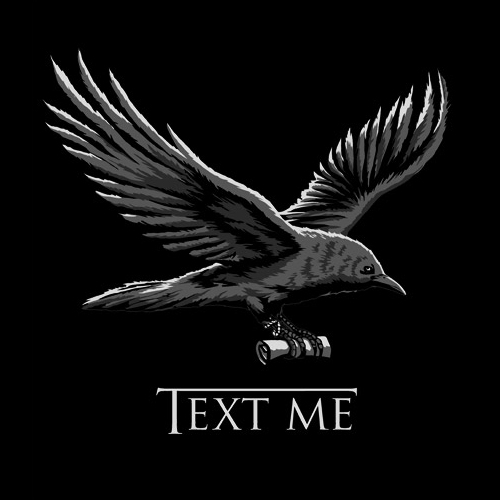 The Red Web: The Struggle Between Russia’s Digital Dictators and the New Online Revolutionaries was one of two books I read this weekend (the other was Brain on Fire: My Month of Madness).

It was outstanding. I made it the August book club book for my dad and my brother. And then, this morning, I woke up to the following headlines.

This shouldn’t be a surprise to anyone who is paying attention. There is now a long history of governments trying to control the Internet. One approach over government is censoring the Internet; another is weaponizing it.

The Red Web covers Russia’s history around the Internet starting during the Cold War with a focus on the last twenty years. While Russia had a slow start, the Internet played a big part in both sides of things – the increasingly free flow of information combined with government control over information.

I believe we are at the very beginning of a new version of this battle. Since the beginning of humans, information – and the control of information – has been one of the key dynamics of power. At least we don’t need to use ravens anymore.  But, depending on which country you are in, they might be a good backup plan.

Are You An Internet Entrepreneur In Colorado? Oppose PIPA!

If you are a entrepreneur in Colorado who is working on something related to the Internet, please consider signing the following letter to Senator Udall and Senator Bennet opposing the Protect IP (PIPA) Act. I’ve written why I believe PIPA is effectively censorship and an incredibly dangerous and destructive bill to our economy, entrepreneurship, the Internet, and free speech.

After several discussions with various Congressional staff members, I’ve drafted the following letter to deliver to Senator Udall and Senator Bennet. I want to make sure they are hearing directly from entrepreneurs in Colorado, who I view as a much more important constituency of theirs than the folks in Hollywood who are trying to jam these bills through Congress. I’ve tried to make this letter substantive around the issues so the Senators understand the fundamental issues with the bills.

If you are a Colorado entrepreneur and want to be signed on to this letter, please either email me or put your name, company name, and title in the comments. The letter follows:

As entrepreneurs in Colorado, we are writing because the Protect IP Act, now moving through the Senate (along with its House counterpart), poses a significant risk to the innovation, entrepreneurship, and job creation that has characterized the Internet’s development.  We urge you to take a critical view of this legislation, calling for a greater effort to balance its focus on addressing piracy with its unintended consequence on technological development and innovation.  In short, we do not dispute that piracy on the Internet is a valid and important policy concern worth addressing; we do, however, object to the approach taken in this proposed legislation, which does not take seriously the interests of and impact on Internet companies.

Over the last twenty years, the Internet has enabled entrepreneurial upstarts to establish new companies, creating enormous amounts of wealth, jobs of the future here in the United States, and improving the lives of consumers and the productivity of businesses.  This success story rests on an architecture—both technical and legal—that has allowed for innovation without permission.   Most notably, sound regulatory and legal policy creates an environment where Internet companies can grow without the need to navigate difficult legal requirements, face entry barriers, or be at the mercy of larger companies’ business decisions.   Without such an environment, Google, Facebook, and other successful Internet companies would not exist, or would not have been founded here in the US.

In the area of intellectual property, the Digital Millennium Copyright Act (DMCA) constitutes a sound model of an Internet policy regime that allows for innovation and Internet-based entrepreneurship.  Under the DMCA, Internet companies are not required to architect their offerings in any particular manner to prevent possible copyright infringement; rather, they enjoy a “safe harbor” from secondary liability provided they comply with a “notice-and-takedown” provision that operates after-the-fact.  The DMCA also requires Internet companies to develop and enforce “repeat infringer” policies to address those individuals who do not respect copyright.
The Protect IP Act (PIPA) reflects the concern that the DMCA has allowed for significant amounts of piracy to take place on the Internet and that more can and should be done to prevent it.  But this concern alone cannot justify support for PIPA, as the proposed legislation takes four critical steps that, taken together, risk undermining the Internet’s architecture for innovation.

The most crucial and fateful flaw in the proposed legislation is its stance that not only the Department of Justice, but also private firms, should be able to sue Internet companies to invoke the remedies available in the bill.  In so doing, and in combination with its conclusion that certain remedies should be available on an ex parte basis—without the essential due process safeguards of offering the affected party notice and an opportunity to be heard–it subjects companies to the potential risk that they will be subject to extreme measures in error.

Three other aspects of the law bear notice and significant concern.  First, the bill imposes no accountability on private firms that invoke PIPA’s provisions in bad faith or even recklesslessly, despite evidence that firms have issued notice and take down requests in the DMCA in this manner (and despite the presence of such a provision in the DMCA).  Second, the bill sets out a standard that potentially subjects Internet providers to liability without clear, specific limits that can be readily be understood and followed ahead of time.  Third, the bill goes beyond the very sensible and effective remedy of preventing the use of credit card payments, ad networks, and other sources of funds to “rogue websites” and includes provisions that not only authorizes the seizure of domain names (which the DOJ can do under current law), but also the blocking of the Domain Name System address by ISPs.

The economic impact of the Internet and growth of Internet companies, here in Colorado and across the United States, is powerful success story that reflects the ingenuity, entrepreneurial spirit, and wise policy environment that the United States enjoys.  The innovators of tomorrow are ill-equipped to hire lobbyists and thus it is crucial that enlightened political leaders, like you both, take the time, effort, and care to engage with the technology community to ensure that an environment that supports innovation remain in place.  A sound regime for both protecting intellectual property rights and protecting companies against undue liability and legal traps for the unwary is part of that environment.

PIPA does not accomplish this and we strongly encourage you to take the concerns of the Colorado entrepreneurial community seriously, lest you overreach unnecessarily to protect intellectual property rights and undermine Internet-based innovation as a result.

There are two very disturbing bills making their way through Congress: Protect IP Act (PIPA – S.968) and Stop Online Piracy Act (SOPA – H.R.3261). These bills are coated in rhetoric that I find disgusting since at their core they are online censorship bills. It’s incredible to me that Congress would take seriously anything that censors the Internet and the American public but in the last few weeks PIPA and SOPA have burst forth with incredibly momentum, largely being underwritten by large media companies and their lobbyists.

A number of organizations in support of free speech and a free and open Internet have recently come out in opposition to these bills. They include EFF, Free Software Foundation, Public Knowledge, Demand Progress, Fight For the Future, Participatory Politics Foundation, and Creative Commons who have organized American Censorship Day tomorrow (11/16/11).

If you run a website or have a blog, go to the American Censorship site to see how you can participate on 11/16/11.

In addition to being censorship bills, these are anti-entrepreneurship bills. They are a classic example of industry incumbents trying to use the law to stifle disruptive innovation, or at least innovation that they view as disruptive to their established business. To date, the Internet has been an incredible force for entrepreneurship and positive change throughout the world (did anyone notice what recently happened in Egypt?) It’s beyond comprehension why some people in Congress would want to slow this down in any way.

While you can try to understand the bills, this short video does a phenomenal job of summarizing their potential impact along with second order effects (intended or unintended).

PROTECT IP Act Breaks The Internet from Fight for the Future on Vimeo.

I’m furious about this, as are many of my friends, including Fred Wilson who wrote today about how these bills undermine The Architecture of the Internet. But we are aware, as are many others, that simply being mad doesn’t solve anything. Join us and speak out loudly against censorship – right now! If you have a blog or website, please take part in American Censorship Day – the instructions are on their website which – so far – hasn’t been censored.