Why Does My Kitchen Look the Same as Don Draper’s?

When we were approached with an investment opportunity by Matt Van Horn and Nikhil Bhogal in 2014, they started with a single, lighthearted but thought-provoking question:

Why does your kitchen look the same as Don Draper’s?

There has been little significant innovation in how we prepare and cook food at home since the microwave oven. In recent years, we’ve been delighted by in-home products like those from Nest and Sonos which have tested the waters of the connected home market and proven that it’s there.

My TV, thermostat, light system, security cameras, and even my 3D Printer is a delight to use. But what about the kitchen? Amy and I continue to complain to each other about how miserable the user interfaces are on the very expensive stuff in our kitchen and the blinking 12:00 on my super high end Miele oven crushed my soul recently. Each year we expect to see something amazing at CES only to encounter proof of concepts from large companies that George Jetson wouldn’t even be happy using.

When we met with Matt and Nikhil a year ago, they gave us a vision for what could be done in the kitchen around the notion of the connected home. Their vision has come to life with their first product – the June Intelligent Oven, a computer-based powerful and easy-to-use countertop oven. 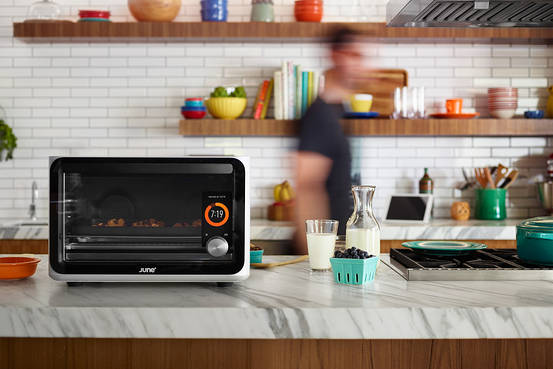 This thing works like magic. Except, of course, there is no magic involved, just computers and software and an awesome oven. Some of the biggest brains in hardware and software (from teams like Apple, Google, Facebook, Nest, and GoPro) as well as product designers and chefs, joined forces in a house in San Francisco and worked in stealth for a year. This week they are showing the world the June Oven.

You can pre-order to save a spot in line and they have a referral program to help you and your friends shave a little money off, but I’ll let you read more about that on their site. Also, use the promocode BRADFELD to get an additional $100 off the final shipping order.

This team is fearless. They put a camera in a box that heats to 450 degrees fahrenheit and made it safe to touch. It recognizes the mostly commonly cooked food you put in it and automatically configures itself. The cooking process is live streamed so you can watch and control the oven from the couch. 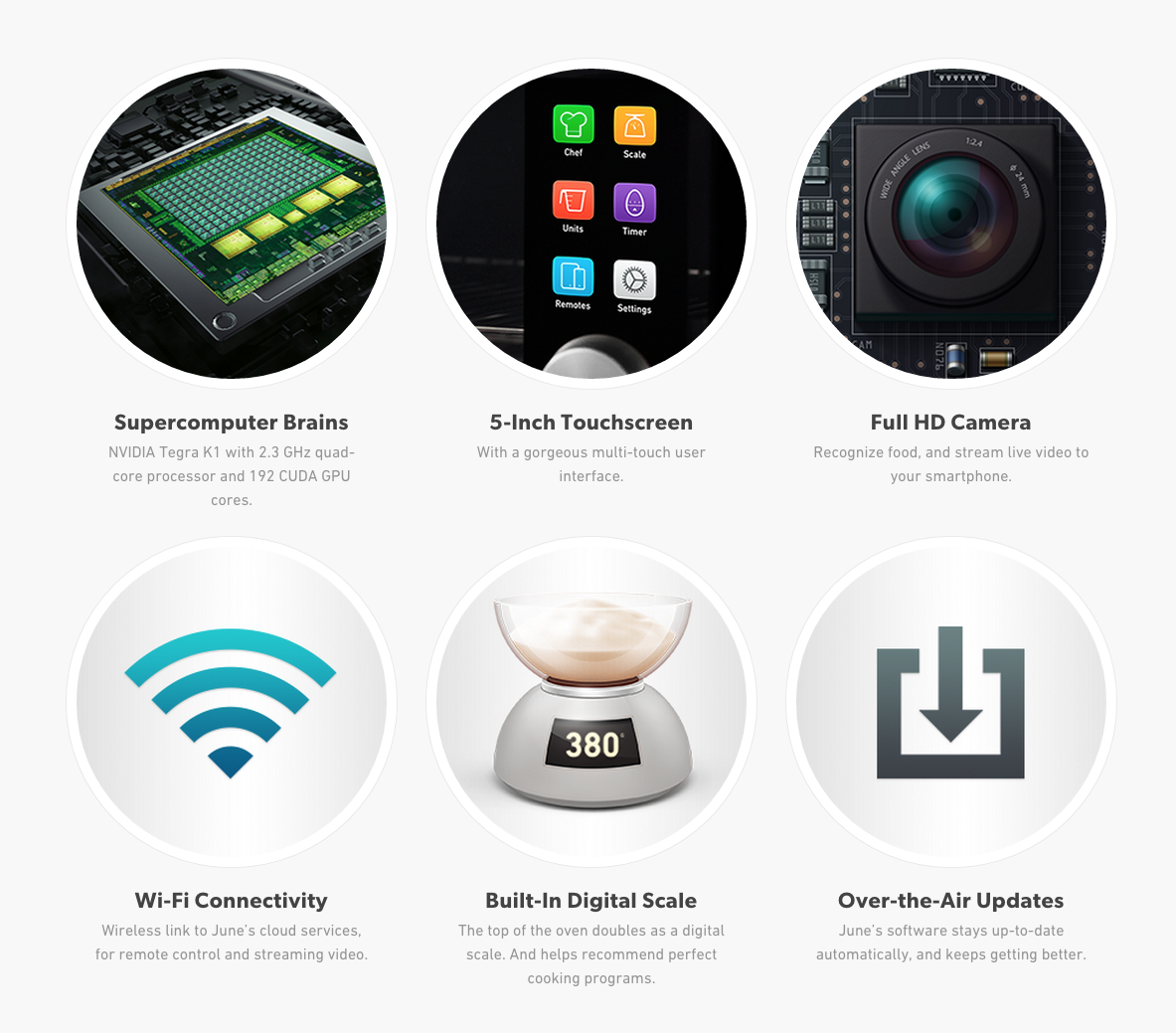 It’s just awesome to see it all come together. I just pre-ordered two of them. Join me in the fun.