We had a fascinating week trying to get everything figured out on our FG Angels initiative with AngelList. Our syndicate, which we are going to max out at $450,000, is currently right at $300,000 after one week. We are humbled by all the support and interest.

Geir Freysson, founder of Five Hundred Plus, did a super cool visualization of some of the top syndicates and how the participants in the syndicate relate to each other. 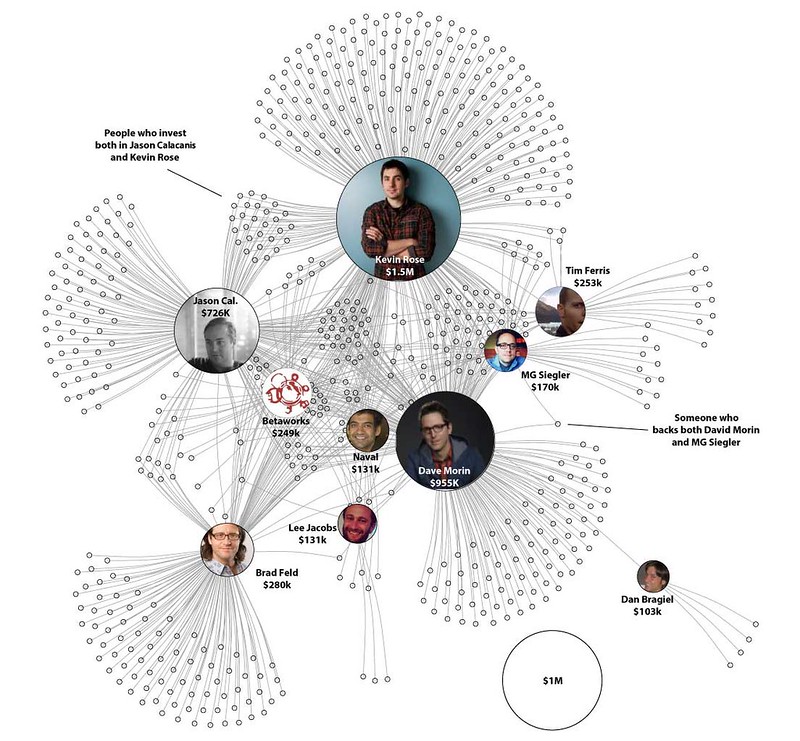 We’ve chosen our first deal to do. But we aren’t ready to pull the trigger yet – probably early next week. We’ve spent the last few days wrestling with some legal / compliance issues. The AngelList gang has been AWESOME to work with. We aren’t surprised that we are having to figure this stuff out – we knew the new JOBS Act rules, 506 compliance, and the ambiguity around a bunch of stuff would be problematic. Yeah – the problems are obscure ones generated by our government, and there are moments where it seems like the SEC simply doesn’t want any of this to actually work. But that’s part of the fun of it.

I continue to be mildly amused and amazed by the prognostications from the sidelines from a variety of folks (angels, angel groups, VCs, and entrepreneurs). Some of the strong opinions are based on virtually no data, or misinformation, or a complete lack of perspective. And others are based on a lack of understanding of dynamic systems. Either way, when asked, I continue to tell people our mantra – the best way to learn about stuff like this is to participate.

So – if you want to participate with us and learn a bunch in the process, join our syndicate.