Well, that was interesting.

Earlier last year, one of my partners told me that I’d developed a reputation with other VCs (presumably our partner funds) that I hate crypto. At the time, I deflected and said that I didn’t hate crypto; I just thought there was considerable Ponzi-like behavior in crypto. I’m regularly cynical about things on our internal Slack channel and periodically post about big blowups, including in crypto.

I realize that I’m conflating speculation vs. investment. The part of crypto I don’t like is the rampant speculation. This morning, a friend of mine sent me an email about some money I owed him for a thing we are doing together. He said, “If you paypal me I’ll buy some bitcoin with it. Looks like it’s starting to firm up.”

Here were the bitcoin prices when he sent me the email and when I Paypalled him the money ($1,456.42).

That’s a 1.33% difference. It cost me nothing to Paypal him the money. It would have cost me $19.37 to pay him via Bitcoin just because of the timing difference. That has nothing to do with the transaction cost. It’s entirely a result of speculative activity.

I mean, c’mon. Yeah, I know credit cards have fees, and endless payment rails in the system extract money along the way. But there are also ACH and Debit Cards. And free checking accounts, although I guess it would cost me $0.60 for a stamp. Wait, $0.60 for a stamp? The last time I bought a stamp, they were $0.29. And yes, I know some of you out there have never bought a stamp.

It’s hard for me to hate crypto. It’s been economically very good to me. I accidentally bought twice as many bitcoins as I needed for an online programming course I took in 2013 for about $100 each. I sold the FIL I got from investing in their SAFT as it vested (daily) and was amazed at how much money resulted. The Helium that I earned, which seemed to have no functional utility whatsoever, generated a nice multiple on the cost of all the routers I bought, even though today I earn nothing because of whatever algorithm changes they’ve made, so the network is now functionally and economically worthless. And, the crypto funds we have invested in have done exceptionally well … mostly.

I regularly hear to be patient. It’s like the Internet was in 1999 – ahead of its time. The builders are building, and it’ll take over everything in the future.

At the end of 2022, some people started shouting that Crypto was a Ponzi Scheme following earlier declarations by Bill Gates, Warren Buffett, and Charlie Munger.

Others, especially those in the crypto industry, were saying some version of “Well, FTX Might Looking Like a Ponzi Scheme, But Crypto is Legit and Isn’t a Ponzi Scheme.” But then someone else in the Crypto industry, on the same website, wrote Crypto Ponzi Schemes: How to Identify and Protect Yourself From These Scams. Ok. How confusing.

What should an investor believe? The SEC has an official publication, Ponzi schemes Using virtual Currencies. It’s … not helpful … and implies almost everything in crypto is a Ponzi scheme. At least it has some phone numbers you can call if you have questions. Yeah, still not helpful.

Yesterday, I binge-watched MADOFF: The Monster of Wall Street. I was tired, so I just sat around and absorbed four hours of a $65 billion, over 20-year Ponzi scheme. It’s worth watching for historical context.

While longer and less dramatic, it’s more informative than The Wizard of Lies, which stars Robert De Niro and Michelle Pfeiffer as Bernie and Ruth Madoff. However, De Niro completely nails the role of the monster of wall street.

Amy and I watch The Big Short every couple of years to stay grounded in reality.

Pro tip: whenever you see the phrase “guaranteed returns,” close your browser tab.

I got the following email from Reid Hoffman this morning.

Inspired by Lin-Manuel Miranda’s Hamilton, I produced a battle rap music video about centralized and decentralized currencies, pitting Alexander Hamilton against Satoshi Nakamoto. I hope the video gets more people talking about crypto and its evolving role in global commerce.

It seemed oddly coincidental with Fred Wilson’s post from yesterday titled Some Thoughts on Crypto.

I’m waiting patiently for someone to start talking about Crypto AI. 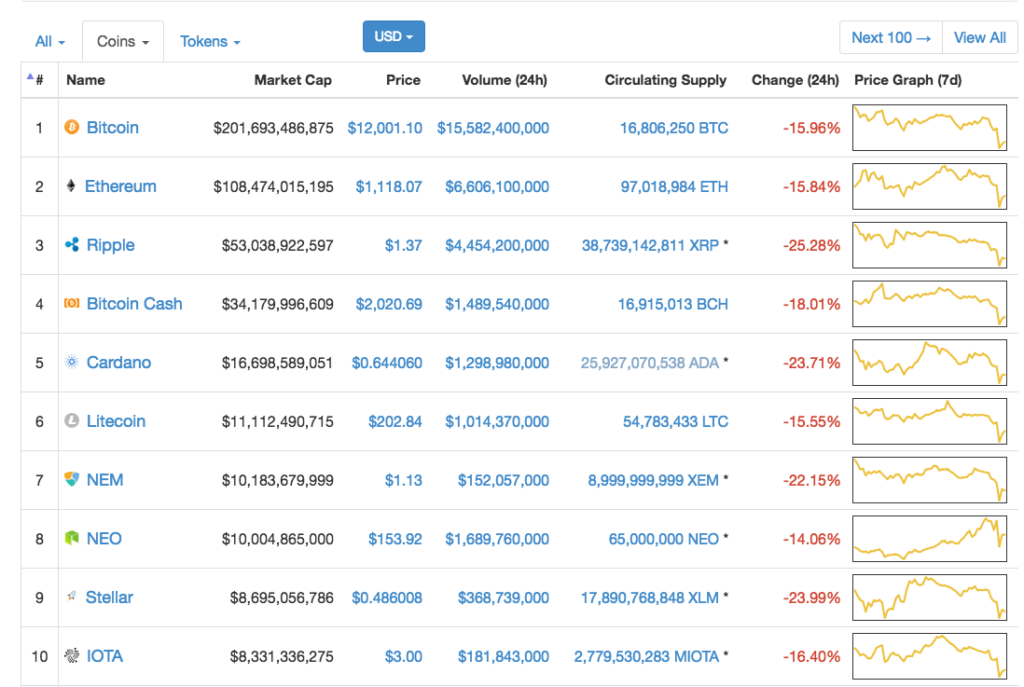 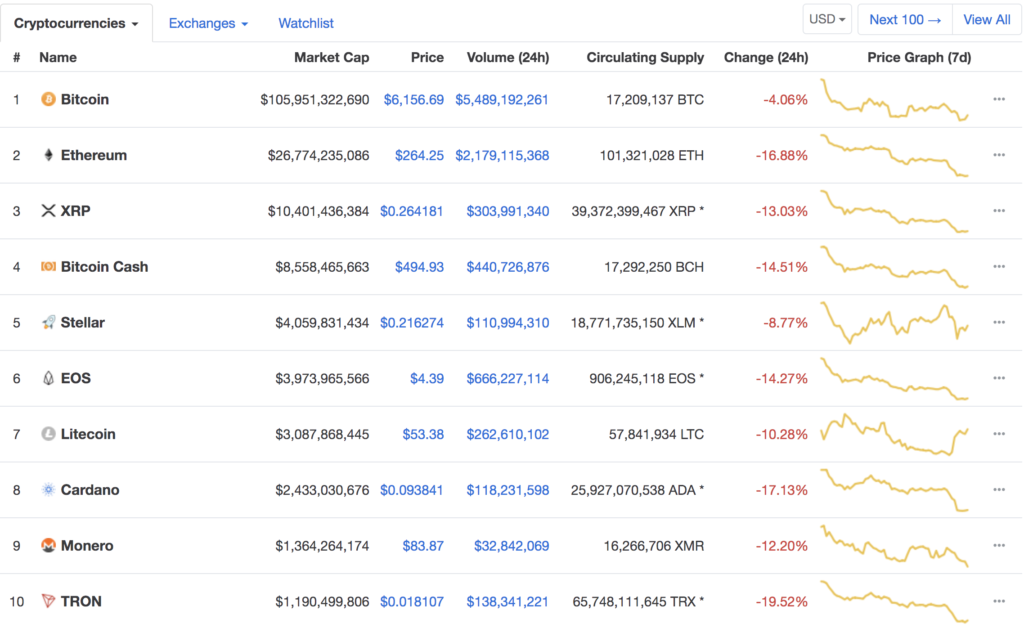 Oh – and happy Pi Day. And MIT Admission Notification Day. And Einstein’s birthday. And Amy’s half birthday. And the day that Stephen Hawking transitioned to the next quantum energy level.

I never understood why ICO advertising has been allowed. I’ve heard the phrase “wild west” applied to ICOs for the past few years and it’s clear the regulatory regimes are finally hustling to catch up with the phenomenon. Up to this point, the phrase “consumer protection” hasn’t really been in my head around ICOs, but it is today.

When I was in college and my early 20s, I read Forbes Magazine religiously. Dave Jilk turned me on to it when I was a freshman (he was a senior) and from 1983 to 1995 I read almost every issue cover to cover. The pink sheet and penny stock phenomenon crested in the 1980s with intricate pump and dump schemes, boiler rooms, and an entire layer of the investment banking industry that promoted worthless public companies. Forbes covered this extensively and by the time firms collapsed and people went to jail I had a healthy skepticism about broad-based advertising and promotion scheme around any financial instrument.

When I first heard the phrase “ICO” three or four years ago, my immediate thought was something like “that’s just an invitation to the SEC to regulate that. Why do a play off the acronym IPO – call them something innocuous like “Papayas” instead. Knowing the SEC would move very slowly, I didn’t pay much attention. Last year, the SEC finally started putting out some vague statements that are now starting to get crisper and more precise.

From where I sit, it seems like similar rules to selling private equity should apply to ICOs. In addition, there are some rules associated with selling public equity that should apply. In both cases, the idea of advertising an ICO is ludicrous to me.

When a company we are investors in is raising a new round of financing, I’m not allowed to even write a blog post about the financing, let alone run an advertisement about it. Tweeting isn’t allowed. Neither is giving a speech in a public forum. Promoting it on Youtube would bring down the wrath of Jason Mendelson on my head.

Now that we are a “registered investment advisor” (since we also invest in other venture funds), we have an entire compliance infrastructure that I have to go through to even get blog posts approved (like the one about Glowforge yesterday) when I simply mention a company of ours on the web. While I can argue that the regulations around what I can write and/or promote are over-reaching, they are the rules that I, and our companies, have to live with.

The idea that a company can do an ICO, raise money, and ignore this set of rules makes no sense to me. I can imagine a category (currently being called “utility tokens”) that look more like frequent flyer miles or tokens at a video arcade than equity, but the boundaries around this are very blurry to me right now.

Anyone that is paying attention to cryptocurrencies and ICOs knows that there is a huge amount of fraud going on. A Google search on ICO Pump and Dump turns up a bunch of current stuff that is fascinating to read. Telegram, which is home to a huge ICO that is ongoing, is a popular platform for organizing ICO pump and dump schemes. If you think this kind of action is healthy long term, just go watch The Big Short.

I learned the phrase “buyer beware” in my early 20s while reading all those Forbes Magazines. Today, we have John Oliver to help us out.