I love the idea of A User Manual To Working With Me. A number of the CEOs we work with have written them and Seth sends out a letter to all new founders about working with us.

While I occasionally think about writing an @bfeld User Manual, I never manage to get around to it. On our Q4 vacation, Amy and I talked a lot about dinners out, especially my own struggle with dinners with large groups of people, which caused me to reflect on how I approach dinners out in general.

Business dinners have become increasingly challenging for me for a number of reasons. I’m an introvert, so when the dinner is more than four people, it’s extremely draining for me. I no longer drink, so every dinner lasts at least 33% too long. I’m a vegetarian and am now eating very lightly at dinner, so the experience of dinner is much less important to me. I’ve been to all the restaurants in Boulder many times, so there’s no novelty in the experience. I’ve got a 30-minute drive home from downtown Boulder to my house, so getting home is dinner_end_time + 30 minutes.

I go to bed early (usually before 10 pm) so dinners often are the only thing I do in the evening before going to bed. I love to lay on the couch with Amy and read in the evening before I go to sleep, so this decompression from the day is almost always lost when I have a business dinner. I also love evenings at home with just Amy, business dinners out take time away from this for us.

That said, business dinners are part of my work. I’ve been to at least 1,351 board dinners in the last 25 years. I typically have business dinners three or four times each week, every week. I almost always have at least four major dinner-related events (with greater than 25 people) each month. Simply deciding not to do business dinners isn’t an option as long as I do the work I’m doing.

To solve for this, and make business dinners more enjoyable and productive from my frame of reference, following is the best way to have a business dinner with me.

I’m sure I’ll end up at some dinners, and events, that don’t fit this profile. By default, I’m no longer going to board dinners, although I’ll make exceptions when necessary. Amy occasionally likes to go to galas and big public events, so I’ll tag along for those. And, of course, I can comfortably do these periodically. But, if you want to get the most out of me, and have me enjoy the experience, the bullet points above are a good guideline. 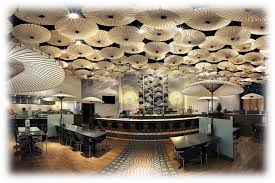 I arrived home from Boston last night at 5:30pm and realized I had no plans for dinner. Amy was still in Boston since her Wellesley board meeting doesn’t end until mid-day today so I voxed Seth, Ryan, and Jason to see if any of them were around for dinner. Seth was just landing from Vermont where he had been at Ello for the past few days, Jason was in NY at dinner, and Ryan was already at home having dinner with his family.

I thought about who else I might want to have dinner with, since I rarely eat dinner alone. I love eating dinner with Amy or one other person. Four people is my natural limit – me / Amy / another couple, or a small-ish business dinner. Six is my max – I can handle it – but I always feel at my limit. Once we get over six people at dinner, I end up focusing on the person to the left of me and the person to the right of me and that’s it.

I realized I just wanted to be alone for dinner last night. As I got to downtown Boulder, I pondered where I wanted to eat. The TV show Cheers popped into my head and I realized that the closest place in Boulder I have to Cheers is Kasa Sushi. I adore the owner Mimi and think her husband Mr. Kim is great. I know most of the wait-staff at this point and recognize the sushi chefs. Their specials are unique and outstanding and there is often something off menu for me. When I don’t feel like ordering, they just do Omakase and bring me whatever they feel like.

I wandered into Kasa, gave Mimi a hug, said hello to everyone (they responded with konbanwa), and was ushered to the sushi bar. They know which sake I like so a flask of it showed up. I asked for a few things and the food started coming. I’d brought my Kindle to read, but one of the sushi chef’s was new so we started talking about his first two months in Boulder (he was from New York and was loving Boulder.) The conversation expanded to including everyone around, since I was the only person in the restaurant for the first 20 minutes.

I had a small-ish dinner but big conversations. I felt completely comfortable “dining alone” and was more in the moment during the meal than I often am. I as walked home, I felt lightness in my step, probably some from the sake, but a lot from the conversation at Kasa.

As I walked Brooks the Wonder Dog around Boulder’s Central Park for his nighttime walk, I thought about how I rarely spend my alone time in the context of others but without electronic devices. When I’m truly alone – in the car, on a run, meditating – I’m alone. But when I’m on a plane, on a train, or waiting in a busy place for someone I’m almost always buried in my laptop or my phone as a way to avoid all the humans. But last night, just being alone, with others, where I felt comfortable, with no electronics, was really nice.

Mimi, Mr. Kim, and everyone else at Kasa – thanks for making we feel at home whenever I’m with you. It’s nice to go somewhere for dinner where everyone knows your name.