Hope Is The Consequence of Action

Last night Amy and I hosted an event at our house for the ACLU and Earthjustice, two organizations we are significant supporters of. If you told me 20 years ago that I’d be spending a lot of my philanthropic energy supporting lawyers, I would have aggressively rejected the notion. But if you had described what is going on in the US right now, I would have also aggressively rejected the notion.

Since the election, Amy has had a great tagline for me.

Action is the antidote.

She’s amazing and the energy she puts behind this is unwavering. I’m extremely fortunate to have her as my life partner – it buoys me up regularly, especially around things that I might otherwise just ignore.

Last night’s event was great. We heard from David Cole (the ACLU Legal Director) and Patrice Simms (the Earthjustice VP of Litigation). Like me, they are each long-term optimists so their perspective is not just about tomorrow (although much of their focus is on today and tomorrow).

In the middle of the discussion. David mentioned a quote that he attributed to Cornel West and Roberto Unger from their 1998 book titled  The Future of American Progressivism. The quote, which is the title of this post, is “Hope is the consequence of action.” I believe, but am not certain, that it comes from this passage:

“Change requires neither saintliness nor genius. What it does require is the conviction of the incomparable value of life. Nothing should matter more to us than the attempt to grasp our life while we have it, and to awaken from the slumber of routine, of compromise and prostration, so that we may die only once. Hope is not the condition or cause of action. Hope is the consequence of action. And those who fail in hope should act, practically or conceptually, so that they may hope.”

David deconstructed this to explain that action doesn’t come from hope, but hope comes from action. Chew on that for a bit – it’s important in every context, not just politics. Apply it to any situation – work or personal; exogenous or endogenous; positive or negative. Take action, which will generate hope, rather than use your hope to generate action.

When I think about my life and my work, it applies. I take action all the time, and that’s what creates hope and makes me optimistic.

If you are inspired by this, I’ll leave you with a recent Cornel West talk at the most recent Harvard Divinity School’s Convocation address.

#EarthMatch – Supporting Earthjustice Because Our Planet Needs a Good Lawyer

If you are as appalled as I am by the hostility of the Trump Administration to climate change, clean energy, and what appears to be a systematic effort to dismantle the EPA, then please support this month’s #EarthMatch fundraiser that Joanne, Fred, Amy, Albert, Susan, and I are matching up to $30,000. 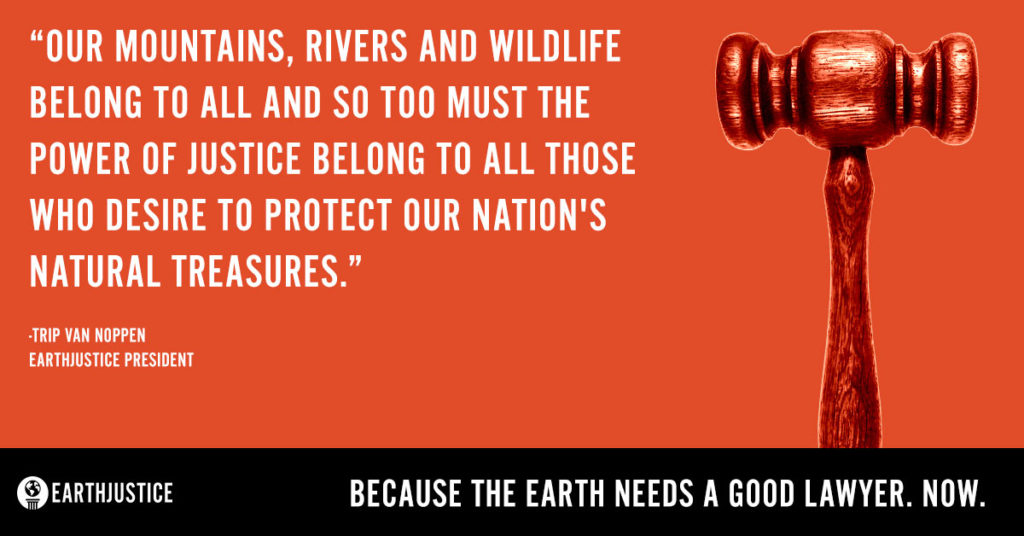 This month we are funding Earthjustice, which started in the 1960s as the Sierra Club Legal Defense Fund. Since then, Earthjustice has been the legal backbone for thousands of environmental organizations. They leverage their expertise and commitment to fight for justice and advance the promise of a healthy world for all. Earthjustice’s courtroom fights remain the last lines of defense for many of our crucial public health protections and the nation’s cornerstone environmental laws.

What Earthjustice does – go to court to force government action, make polluters clean up their messes, and hold dirty energy industries accountable – is now more important than ever.

Here is how #EarthMatch works:

Please join us in doing that to get the word out. And please donate to Earthjustice. We will match your donation up to $30k of total donations this weekend.