The Power Of Mother Nature

I was going to blog about the Yesware $13.5 million financing but I’ve been buried in Denver Startup Week so I’ll do that tomorrow.

I’ve continued to be emotionally distracted by all the devastation around Boulder from our recent floods. I’ve gotten a ton of emails from all over the world in support as well as some meaningful financial contributions adding on to the $100,000 my partners and I just gave to the Entrepreneurs Foundation of Colorado to provide direct support for the flood victims. 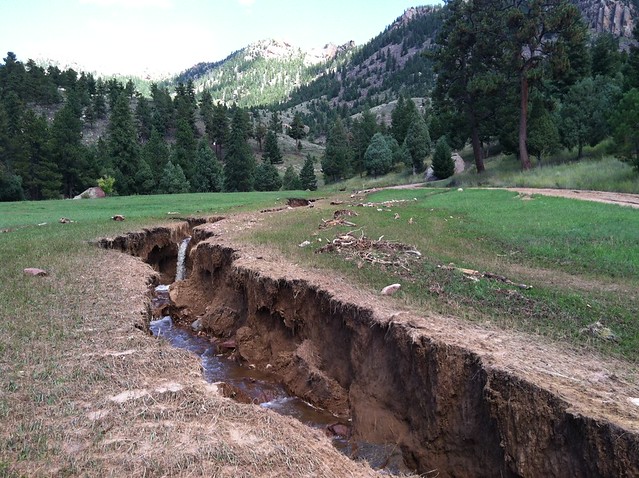 Amy’s assistant Naomi hiked up to our house in Eldorado Canyon today to finally check on our house there. The house is fine, but there is damage to a bunch of our property. At some intellectual level it’s incredible to see the power of water. At some other level it’s emotionally distressing. The picture above is our meadow. And yes – the crevasse is “new” – so we have a new creek in our meadow.

Then – there’s the lower part of our driveway – well, at least what used to be a driveway. 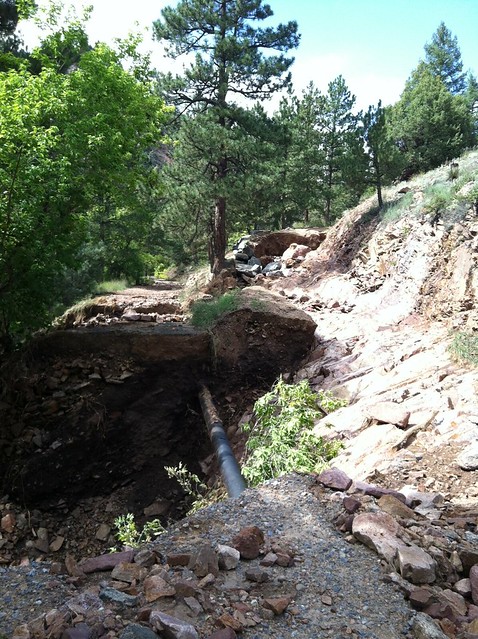 And then there’s the road through Eldorado State Park, which no longer works as a road. 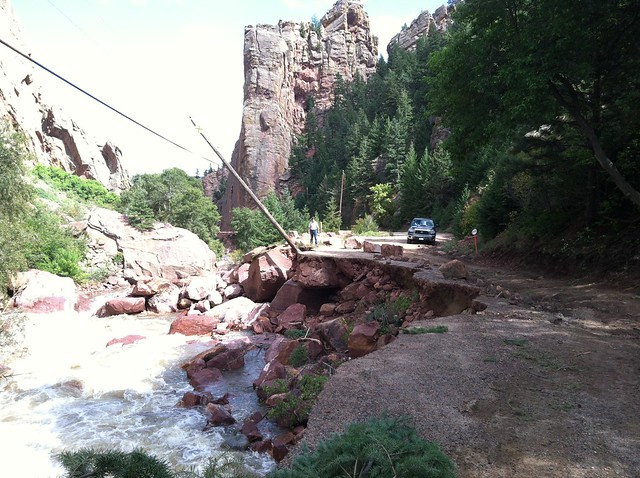 We are all ok and have plenty of resources to deal with this. So we’ve turned most of our energy to helping our friends, neighbors, and extended Boulder County community deal with the destruction the floods have caused. But it’s really amazing to see the power of mother nature unleashed.

Wet But Ok In Boulder

Amy and I took one of our Qx vacations last week – where we go off the grid entirely for the week (no phone, no email, no computer stuff). We were originally going on a walking trip to Prague with some friends, but decided we needed 12 hours of sleep a night for a week so we gave our trip to some other friends and headed to Vail to hide out for a week in a fancy hotel with room service and a spa.

All went according to plan until Thursday. I woke up at about 10:30 and wandered into the living room of our hotel with the goal of going downstairs and getting some coffee. The TV was on – which is weird since we don’t watch day time TV – and Amy seemed really agitated.

“Boulder is flooding,” she said.

“They are having massive flash floods.” 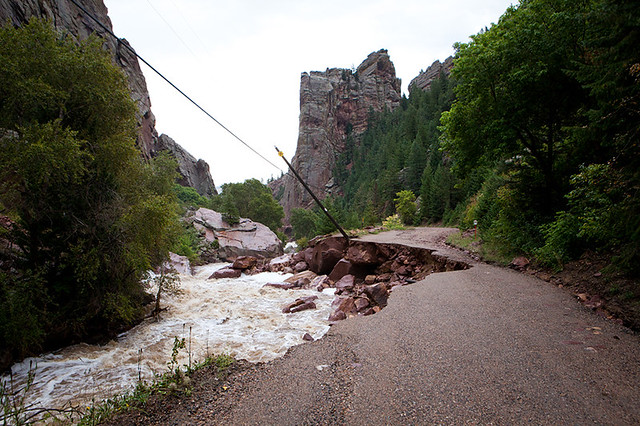 We spent the next hour glued to the TV, the web, and Twitter trying to figure out what was going on. It only took an hour – it was clear this was going to be awful given the weather system. Even though we were 120 miles away, we were incredibly anxious. And the constant stream of news – and water – didn’t help. As we started seeing areas we knew well, like the Boulder Creek, Canyon Road, 36 on the way to Lyons, and Lyons being flooded and destroyed, the severity of it all sank in.

I generally stayed offline until Sunday. We monitored everything through Saturday, checking in with our friends and offering help to a few folks we knew were stranded. We felt helpless to really do anything and it made no sense to go back early since many of the roads into Boulder were impassable so we just hung out, tried to keep relaxing, and sort of stayed in touch and offered help where we could.

I got back online yesterday. By that point things were settling down. I don’t necessarily mean getting better; rather the extent of the damage was becoming clear. And the rain was still coming down. 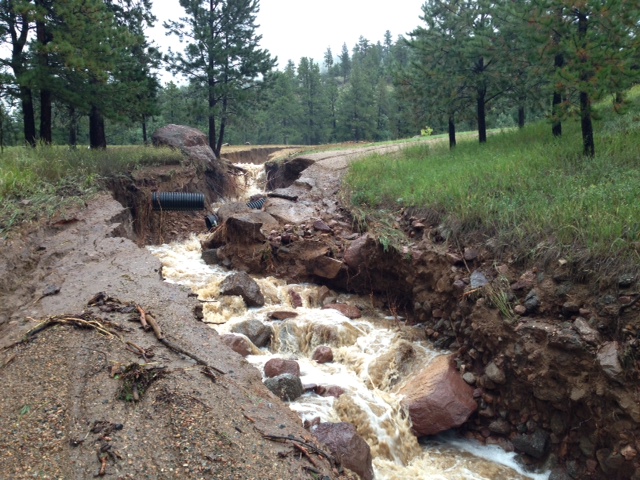 Thanks to everyone for all their well wishes. We are fine – many are worse off – so we are going to turn our attention to them and see if we can be helpful now that we are back in town.

I find trail running to be a magical experience.  I live behind Eldorado Canyon State Park just outside of Boulder and have a plethora of trail runs that I can start and finish at my house such as Eldorado Canyon Trail, Walker Ranch, Rattlesnake Gulch, Fowler Trail, Dowdy Draw, Mesa Trail (and all the branches), and South Boulder Creek Trail.

I’ve run them all – many times – in many different permutations.  Since Amy and I own a lot of property that is adjacent to Colorado State Park land and Boulder Open Space, I’m very respectful of staying on the trails as it makes me crazy whenever someone comes off of the Eldorado Canyon Trail or Rattlesnake onto our land.

So – it was with great pleasure that I discovered that Goshawk Ridge Trail is now open.  I ran it today from the Fowler Trail direction.

I have a standard 60 minute out and back run on Fowler trail.  I used to be able to stretch it to 90 minutes if I ran on Denver Water Board land up to the private property boundary.  With the opening of Goshawk Ridge I now have a great new 90 minute loop.  In addition, the trail system now connects up with the Spring Brook Loop and all the Dowdy Draw improvements.  I think I just got another 15 or so miles of trails to play around with, along with links to other trails that I previously had to run on the road to get to!

One of my favorite things about trail running is the serenity.  After about five minutes on the trail, I don’t even notice that the world – outside me and the trail – exists.  No cars, few people (I saw more deer today than I saw people), occasional wildlife (including – er, eek! – snakes), and periodic magical and mystical surprise moments.

I also don’t ever care about my time or pace on the trail run.  I just run.  I’ve never met a hill I couldn’t run up, but I’ve met some that I had to walk down because of my “racehorse ankles” (Amy loves to chide me about my thin ankles).  I don’t look at my watch – I just pay attention to my breathing and heart rate.

I’ve had a hard time getting in a consistent gear since running the Huntsville Marathon.  I had some great runs at the end of 2008, but then twisted my ankle hard in mid January and have been struggling to get in a groove for the last few weeks.   After the last few runs, I’ve found that groove.  And – I’ve found some great new trails.  Thanks Boulder Open Space!