Over the past week, I’ve done a handful of podcasts to help entrepreneurs, leaders, and employees at startups to help think through how to respond in a crisis. I’ve requested that anything I do right now on this front is made public, so if anyone is interested, they can watch them.

The first, hosted by David Cohen, is with Scott Dorsey, Paul Berberian, and Berne Strom. Scott, Paul, Berne, and I are all “older entrepreneurs and investors” who have been through multiple crises dating back to 1987.

The next was a podcast I did with Greg Keller at JumpCloud on mental health in a crisis.

Last week I did two podcasts with Howard Lindzon on his series called Panic with Friends.

As a bonus, Fred Wilson also did a Panic with Friends with Howard which was excellent.

I’ve allocated a max one hour a day during the weekday for participating in creating content like this during the week as the Covid-19 crisis unfolds, but I’ll continue doing this as long as I feel like I have fresh things to contribute. 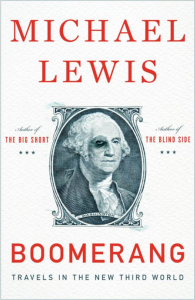 I’ve generally ignored the mainstream media during the original US financial crisis and the more recent European financial crisis. My lack of interest in mainstream media (TV, newspaper, and magazines) – especially about non-tech related stuff – is well known. The last domino to fall was when I finally stopped listening to NPR a few years ago. I view the signal to noise ratio as terrible, I don’t believe most of the information, I often think the people talking have no clue what they are talking about, and as many things unfold in real time, the people involved have no idea what’s actually going on. Oh – and it’s part of the macro that – while it certainly impacts me, doesn’t directly affect me, nor is there anything I can do about it. So I ignore it and instead focus on things I can make an impact on.

But I like to read and learn from history. There are a number of writers who I think do a magnificent job of writing in different areas – for example Walter Issacson on Biography and Michael Lewis on Financial History. So I was excited when Lewis’ new book, Boomerang: Travels in the New Third World, came out about the European financial crisis. I read it last night after we had dinner with some good friends who we hadn’t seen in a while.

It was awesome and kept me up well past my normal bedtime. Lewis writes like a novelist so his story completely sucks you in. In the case of Boomerang, he added in a travelogue component and went to each of the countries he wrote about. The book starts in Dallas, takes us to Iceland, to Greece, to Ireland, to Germany, and finally back to the California. Lewis covers both what happened, what’s happening, what could happen, and why in a book that gave me more history, context, facts, and personalities than watching hundreds of hours of CNN, CNBC, Bloomberg or reading the Wall Street Journal and New York Times daily could have. And I trust his synthesis – it feels very agenda-less and is written clearly from his point of view.

If you want to understand what is going on in Europe, especially Greece, Ireland, and Germany, how it happened, why it matters, and where it might go, read this book. And if you just are curious and want a good “real life is better than fiction” kind of read, you can get that also from Boomerang.