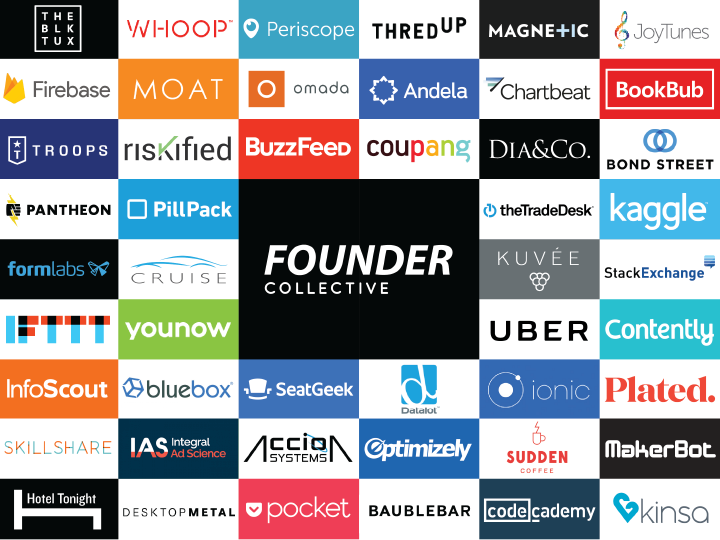 Foundry Group is best known for our investments in startups, but our vehicle currently investing in other venture funds, Foundry Group Next, is off to what we believe to be a great start and I wanted to share an update about it by talking about our new investment in a fund managed by Founder Collective.

I’ve written previously about why we created Foundry Group Next. We have been personally investing as LPs in funds of other managers for decades and found the activity to be emotionally rewarding. When we decided we wanted to expand and formalize that activity, it gave us a chance to work more closely with Lindel Eakman, who was the largest investor in our first fund through his role at UTIMCO. Lindel joined Foundry Group as a partner to lead the fund investing activity of Foundry Group Next.

We’ve made about a dozen investments in funds including funds offered by Union Square Ventures, True Ventures, and Forerunner Ventures. One of our recent investments, offered by Founder Collective (FC) – an eight-year-old manager with offices in Boston and San Francisco – is an excellent example of what we look for when we invest in funds offered by other managers.

It starts with the people. We don’t invest in managers unless we can picture working with them for decades. We’ve had the opportunity to work with Founder Collective’s partners – David Frankel, Eric Paley, and Micah Rosenbloom – over the years on several companies. We also know many of the entrepreneurs in their portfolio. From those founders, we are aware that FC takes their mission “to be the most aligned fund to founders at the seed stage” very seriously.

We aren’t a generational firm, but investing in other VC funds gives us the benefit of working with managers who challenge and enhance our thinking while sharing the lessons we’ve learned with other investors. We want to work with people who bring a focused and complementary perspective to investing and were interested in the Founder Collective mantra of being “stage-focused and sector agnostic.”

This means FC avoids trends and relentlessly questions entrepreneurs about how their product enables specific use cases and market opportunities. This approach has paid off and helped the team to identify hot sectors well outside of the current hype cycle. If you look at the Founder Collective portfolio, you’ll see many well-recognized companies that they invested in at the very first round. In general, these investments were rarely competitive at the time of their first financing.

“Founder friendly” is an overused term, but there is a big difference between marketing this as a concept and living it every day. The team at FC has structurally designed their firm around alignment to founders. They’re a rare venture fund that doesn’t exercise pro-rata rights over the lifetime of an investment, meaning they dilute alongside company founders, which they believe better aligns their interests as seed investors with the entrepreneurs.

At a time where funds are aggressively deploying capital and not considering the downsides for founders, FC is actively promoting the value of efficient entrepreneurship and helping founders maximize their outcomes and optionality. Not only are the downsides of overcapitalization problematic for founders, but FC also examined overcapitalization in upside scenarios by studying the data from the last five years of tech IPOs. The findings were surprising in that the amount of money a company raised and its success in the public markets were not positively correlated. In fact, the companies that raised less money out-performed the most funded over time. Needless to say, having investors that keep this balance in mind can be precious to founders.

It’s one thing to have a unique perspective; it’s another to generate returns with it. As an LP, I’ve had the good fortune to be an investor in many funds, including some exceptional ones. Before diving into diligence, we had a sense that Founder Collective had strong performance based on their portfolio. When we saw their financial track record, we realized how special the performance was.

We know many firms that build portfolios with great logos by buying into companies at later stages and higher valuations. FC’s portfolio is made up exclusively of seed stage investments at seed valuations.

These aren’t just paper gains – they have already returned a meaningful amount of cash to their investors. Founder Collective’s first fund has the potential to be enshrined in the annals of VC history. Their second fund is tracking ahead of the first at the same point in development.

Needless to say, we had many reasons to hope to be part of their third fund. The only problem was they didn’t have any room. We found out they were oversubscribed just from their existing Fund II investors – that’s without pitching any new LPs. But they didn’t take advantage of that demand. Instead, they stuck to their principles and kept their fund size the same as their previous fund.

We love seeing that strategy discipline as we believe it is the mark of good fund managers. When Union Square Ventures’ 2004 fund was on fire, Fred and Brad raised their next fund at the same size. This has also been our approach at Foundry Group.

In the case of Founder Collective, the partners effectively shrunk their fund regarding outside capital by increasing their personal financial commitment to their fund. This investment generates additional evidence that they are confident in their strategy while creating more alignment with their LPs.

As a GP I applauded the approach and accepted that as an LP we had to beg and plead our way into to the fund. All the same, we were honored that Foundry Group Next was the only new investor in Founder Collective III due to our long and trusted relationship.

By virtue of time and focus, we can only help so many startups, but we’re proud to be investors in funds like Founder Collective, which is deeply committed to helping enrich the startup ecosystem. We are delighted to be working alongside them and finding other managers of their caliber going forward.