Do You Want To Understand How Accelerators Work?

If you want to understand how an accelerator program works from the inside or are considering applying to an accelerator, this is the book for you. Luke Deering interviewed 150 entrepreneurs who have been through a variety of accelerator programs to get their insights. He originally did this as a Kickstarter campaign which I supported and wrote the foreword for.

When I saw the Kickstarter version, I asked if we could add to it, edit it, and publish it via FG Press. It’s out and I’m really proud of it. It has feedback from entrepreneurs who have gone through accelerators all over the world.

The book is divided into sections that cover topics such how to come up with an idea, advice on applying to an accelerator, tips for marketing and user acquisition early on, approaches to fundraising, and what the accelerator experience is actually like.

There are a number of case studies, longer form essays (but never too long), and lots and lots of short (one to three paragraph) real-life anecdotes. While I acknowledge the case studies are a little Techstars heavy, I think Luke did a nice job of getting a wide variety of examples from many different accelerators.

There’s also an accelerator directory, a good overview from Pat Riley, who runs the Global Accelerator Network, and lots of other goodies.

When we started working on the book, our goal was to make the hardcopy a beautifully designed book that could sit on a coffee table as well as being able to be used as a reference guide. The team at FG Press did a magnificent job.

You can order Accelerate from Amazon. If you run an accelerator or want to support something around accelerators and want to explore a bulk purchase along with a presentation, just email me.

Using Startup Next To Get Your Company Accelerator-Ready

Getting into an accelerator is increasingly difficult. While there has been a proliferation accelerators around the world, there has simultaneously been a dramatically increasing number of companies applying to accelerators. In my world, supply and demand never balances out, so if you are on the application side of this equation, it’s important to do everything you can to improve your chances.

UP Global, an organization that I’m on the board of which is the umbrella organization for Startup Weekend, Startup Education, Startup Digest, and Startup Week, has just rolled out a new program called Startup Next. I participated in an early version of it and am psyched to see it ready for prime time.

Startup Next is a five week program that acts as a “pre-accelerator” – something between a Startup Weekend and a Techstars. Over the five weeks, there is a weekly three hour session. Through a structured approach of group discussions, mentor sessions, and weekly pre-work deliverables, startups walk away with the skills needed to validate your business idea, a clear understanding of your customer development strategy, a completed market and competitive analysis, a MVP and, an investor ready pitch deck.

Once the five weeks are over, the best teams get to present their companies to the heads of various accelerators. This is being done in partnership with the Global Accelerator Network which is a network of over 50 of the top accelerators in the world.

The accelerator route is not for every entrepreneur, as there are as many different paths to building a startup. But if you want to go through an accelerator, it helps to stack the deck in your favor and I think pre-accelerator programs like Startup Next can be really valuable, not only in helping you fine tune your business, but getting you broad exposure to some of the best accelerators in the world.

I’m excited to see my friends at UP Global and the Global Accelerator Network teaming up on this. And look for some magic accelerator stuff from FG Press coming in July. 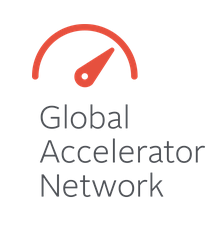 When David Cohen and I came up with the idea for the Global Accelerator Network (GAN) in 2010, we counted roughly 100 accelerator programs around the US that were founded following the Techstars model. We labeled Techstars a “mentor driven accelerator” and reached out to others who were using the same approach to create what became GAN. From that initial outreach, 16 high quality accelerator programs joined us to launch the network.

Since then, accelerators have appeared all over the world. Some accelerators are incredibly high quality. Others are not. Some are major contributors to their startup communities. Others are detrimental to it. As with everything new that grows quickly, it’s a chaotic system with lots of innovation, creative destruction, and rapid change and learning that – if done well – is a great example of the power of the Lean Startup approach to entrepreneurship.

Today, the Global Accelerator Network is a worldwide organization of 52 accelerators located in over 60 cities around the world. We’ve maintained a high quality across the membership while expanding the network by being selective. Not every accelerator is/could be/would be a member in GAN, nor is it designed that way. To become a member, each accelerator must meet the following strict criteria:

In addition to these eight criteria, all members follow the established ethos (give before you get; put entrepreneurs first) of accelerators in  GAN, including a thorough review of an accelerator’s term sheets and numerous conversations to vet accelerator founders’ intentions and operational practices. We also review their leadership and mentor pool to ensure value.

Becoming a member in the GAN is not easy, but neither is operating a quality accelerator program. Feel free to drop me an email if you want to learn more about joining GAN.

Startup Day Across America on August 29

Though it may seem as if politicians in Washington, D.C. have a hard time agreeing on anything, those on both sides of the aisle seem increasingly keen to support entrepreneurs and their communities. Some recent examples include the passage of legislation expanding crowdfunding under the JOBS Act and meetings similar to one hosted last month by the Global Accelerator Network in which we worked with the Small Business Administration to gather 16 accelerators to demo their programs for the White House and SBA funders.

Much progress has been made to ensure that those in Washington are hearing entrepreneurs’ concerns, but we still have a long way to go – especially with connecting politicians to those in the seed-stage technology sector. Politicians in our federal government are listening to entrepreneurs, but we very rarely see congressmen personally sit across the table from early-stage tech investors and their founders. When this does occur, however, representatives learn much more about what startups really want and need than they would hearing feedback through second or third parties, and they’re much more likely to take supportive action.

That is why the Global Accelerator Network is thrilled to support the first ever Startup Day Across America on August 29. This one-day bipartisan event, led by the U.S. House of Representatives Caucus on Innovation and Entrepreneurship, will connect members of Congress with startups and accelerators in their respective districts. We believe this is a great opportunity for startup communities to connect with their congressional representatives – both to highlight the positive contributions startups bring to their communities, as well as raise awareness about startups’ needs on a local and national level.

If you are interested in learning more about the Startup Day Across America, please contact Eve Lieberman in Congressman Jared Polis’ office who will connect you with the person leading the charge in your district.

Government Shouldn’t Be In The Accelerator Business

This article originally appeared online at Inc.com in an article titled Government Shouldn’t Be In The Accelerator Business. I talk more about this and lots of other topics in my recent book Startup Communities: Building an Entrepreneurial Ecosystem in Your City.

As a co-founder of TechStars, I’m a huge believer in the mentor-driven accelerator model. But I don’t think government should be funding these accelerators, nor do I think they need to.

A good accelerator can be run in any city in the world for $500,000. Entrepreneurs with a compelling track record and approach should be able to easily raise, or even provide this capital. As evidence of this, there are already hundreds of accelerators in the U.S., without government funding, being run as entrepreneurial ventures for profit by entrepreneurs.

When we started TechStars in 2006, the idea of an accelerator was brand new. We funded the first TechStars program in Boulder in 2007 with $230,000. There were four investors – me, TechStars CEO David Cohen, David Brown, and Jared Polis. All four of us had been successful entrepreneurs and we decided to try TechStars as an experiment to help create more early stage start-ups in Boulder. We figured out the downside case was that we’d spend $230,000 and end up attracting 20 or so new, smart entrepreneurs to Boulder.

That first program went great and has already returned over two times our invested capital with several of the companies still having future value. We ran the second program in 2008, expanded to Boston in 2009, and adopted a funding strategy for each local program which we continue to use to this day. TechStars surpassed our wildest expectations and now runs over 10 programs a year for over 100 start-ups around the United States. We’ve begun expanding internationally with our first program running this summer in London. And there are many other accelerators around the world using the TechStars mentor-driven model that are members of the Global Accelerator Network.

All of this is privately funded. We’ve never taken a dollar of government funding, nor do we plan to.

While the amount of money required to run a program has increased from the original $230,000, it’s still well under $1,000,000 per program cycle. As a result, the amount of capital we need to raise to run a TechStars program is modest, and since we run it to make a financial return, it is actually an investment, rather than an expense. And, by being focused first on the financial return as well as playing a long-term game (we expect to be running TechStars accelerators for a long time), we are very thoughtful about how we allocate capital.

If entrepreneurs can’t figure out how to fund it, why should the government do it? That just seems like a situation where capital is going to be allocated poorly and the incentives won’t be tightly aligned.