What I Read On Spring Break 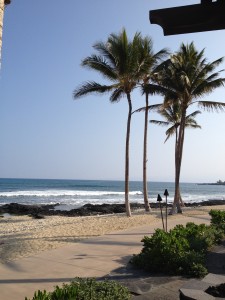 Amy and I just spent a week off the grid in Hawaii with my partner Ryan, his wife Katherine, and their son. It was a much needed break – I was once again totally fried – from work, travel, and all the training for my upcoming 50 mile race. Amy is about halfway through the mending process for her broken arm so it was nice for her to just relax and be ministered to, especially by her man servant – me!

I read nine books on this this trip. I was with an eight year old boy so we had plenty of Percy Jackson and the Olympians in between the more serious stuff. I had a lot of business books that I’d been avoiding reading so I decided to take my medicine and read some of them so at the minimum I could delete them from my Kindle.

The full list of reading (not including People, US, Vanity Fair, Time, and Glamor) follows:

How They Started – Carol Tice and David Lester: This was a bunch of short essays about the founding and development of various companies, including LinkedIn, Zynga, Twitter, Groupon, Etsy, Dropbox, IBM, RIM, eBay, Microsoft, Pixar, Chipotle, Jamba Juice, KFC, Coca Cola, Pinkberry, Zipcar, and SPANX. The mix of companies was fun, although like most business history I was amazed at the missing info and the rewriting of important moments around the founding of the company. The authors did a good job but, given that I knew a few of the stories in detail, missed some important points.

The Lightning Thief – Rick Riordan: This was my first Percy Jackson book. It had a similar formula to Harry Potter (and many other heroic children coming of age books) but with a fun mythology underpinning. Perfect for a smart eight year old who loves to read along with a 46 year old who still likes to think of himself as in his early teens.

The New Road to Serfdom – Daniel Hannan: My uncle Charlie told me to read this. Hannan is an MEP who is outspoken about British, Europe, and America’s economic and political problems. He believes in the theory of localist and giving strong power to local government and weak power to national / federal government. I enjoyed some of the book and found myself nodding in parts, but found others unnecessarily polarizing and tone deaf to the continually evolving macro scene, at least from my perspective. I wouldn’t have read this unless Charlie put it in front of me – I now understand his (and my Dad’s) political position more clearly.

Into The Forbidden Zone – William Vollman: Easily the best non-fiction book of the week. Last year on spring break we cancelled a trip to Hawaii (with the McIntyres) because of the earthquake, tsunami, and nuclear disaster in Japan. This is a well written short travelogue by Vollman who spent a few weeks in Japan after things had settled down and wrote about his experience and observations as a westerner traveling through some of the impacted areas. Not a “fun” book, but an interesting and thought provoking one.

Who – The A Method For Hiring: I wasn’t looking forward to this book – I find books like this excruciating to read and generally hit “skim” by about page 30. I found this one to be really good – it drew me and and ended up being a very practical guide to how to hire great people. I’d recommend it to anyone in an entrepreneurial company who is responsible for interviewing and hiring people. I rarely send out book recommendations to the Foundry Group CEO list – I sent this one the day I got home.

Boulevard of Broken Dreams – Josh Lerner: The subtitle summarizes the book nicely – Why Public Efforts to Boost Entrepreneurship and Venture Capital Have Failed–and What to Do About It. As I continue to grind through writing Startup Communities: How To Create An Entrepreneurial Ecosystem In Your City, I’m trying to maintain a steady diet of complementary books. Lerner does a good job of dissecting government efforts and involvement around the stimulation of entrepreneurship and does a thorough job. This is a negative leaning book, but there is some positive and constructive stuff in it.

The Design of Business – Roger Martin: Ugh. Given the subtitle (“Why Design Thinking is the Next Competitive Advantage”) I was hoping for something amazing and magical about design and how important it is in the context of creating great companies. Instead, I got a handful of boring stories about big companies including a long section on how amazing innovative RIM is and how their strategy around design in the consumer market will blunt the iPhone’s entrant into the enterprise. Ok – whatever.

I expect Q2 to be much more about writing than reading, and then this summer will be about both. Either way, the infinite pile of books I have is easy to carry around due to my Kindle (well – the Kindle app on my iPad) so I always have plenty of them with me at all times.