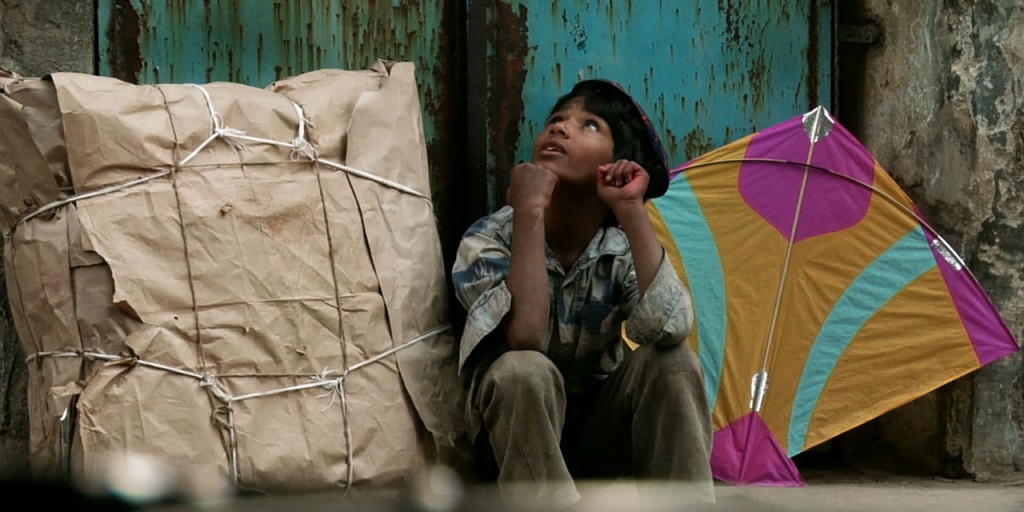 I don’t invest in movies. Unless a long time friend, like Rajat Bhargava, asks me to join him for fun in an investment. Several years ago Raj asked me to invest with him in a movie a cousin of his – Prashant Bhargava – was making called Patang. I wrote a modest check without thinking twice. The result of Prashant and the work of his team is a beautiful movie. And it will be in Boulder for a few days – 2/27 – 3/2 – at the The Dairy Center for the Arts.

Following is the story of the movie from the director, Prashant Bhargava.

The seeds for the movie Patang were based on the memories of my uncles dueling kites. In India kite flying transcends boundaries. Rich or poor, Hindu or Muslim, young or old – together they look towards the sky with wonder, thoughts and doubts forgotten. Kite flying is meditation in its simplest form.

In 2005, I visited Ahmedabad to experience their annual kite festival, the largest in India. When I first witnessed the entire city on their rooftops, staring up at the sky, their kites dueling ferociously, dancing without inhibition, I knew I had to make this film in Ahmedabad.

Inspired by the spiritual energy of the festival, I returned the next three years, slowly immersing myself in the ways of the old city. I became acquainted with its unwritten codes of conduct, its rhythms and secrets. I would sit on a street corner for hours at a stretch and just observe. Over time, I connected with shopkeepers and street kids, gangsters and grandmothers. This process formed the foundation for my characters, story and my approach to shooting the film.

I found myself discovering stories within Ahmedabad’s old city that intrigued me. Fractured relationships, property disputes, the meaning of home and the spirit of celebration were recurring themes that surfaced.

Patang’s joyful message and its cinematic magic developed organically. My desire was for the sense of poetry and aesthetics to be less of an imposed perspective and more of a view that emerged from the pride of the people and place.

Seven years in the making, Patang has been a journey which has inspired and brought together many.The key theme of resilience of family is reflected by the bonds between all of us who gave our hearts to make the film.