It’s a gray and rainy early summer day in Cambridge. As I was walking home from dinner last night through Kendall Square, I had a thought as I passed the Otto Piene designed Galaxy Earth Sphere sculpture. “I will never be lost here.” 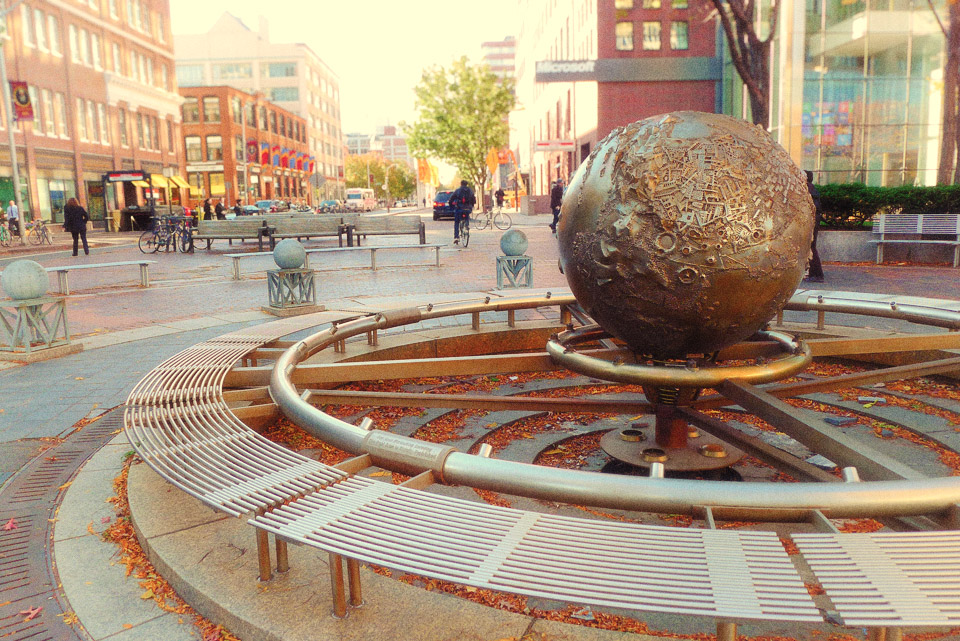 I lived in Cambridge for four years when I was an undergrad at MIT. I then lived in Boston for eight more years after moving across the river to downtown while running Feld Technologies. Twelve years as a young adult in one city will cement the place in one’s brain.

While I only lived in Cambridge for four years, the essence of it is woven into the fabric of me. I immediately think of Toscanini’s Ice Cream, a place I at which I ate chocolate ice cream at least four times a week for the better part of four years. Gus’s smile is imprinted on my brain as he hands over the cone with the evening treat in it. Or the greatest food of all for a 170 pound 20-year-old – a giant scoop of chocolate ice cream with hot fudge generously poured over it.

While Kendall Square is all grown up with gleaming glass buildings, as I peer down Main Street to Mass Ave, I can almost see Tosci’s to the right, across the street from the U-Haul place. And then I remember my first real office, at 875 Main Street.

On the drive from the airport, we passed Rogers Street, and I immediately thought of NetGenesis’s first office. The Lotus building loomed large, the Royal Sonesta Hotel was still there, and the zig from First Street to Third Street remained the same. Amy and I were starving so after we dropped our bags off at the hotel, we wandered over to Legal’s for some food

I’m here for a couple of things. On Monday, I’ll be spending the day at the MIT Media Lab for the Formlabs Digital Factory event. At 11:30 am EST Formlabs is announcing something new and exciting.

Tuesday I could be anywhere, as I’ll be holed up in my hotel room on an endless stream of conference calls. On Wednesday, Amy and I are spending the day at Wellesley College. I’ve got a fun dinner with old friends each night and will run a few bridge loops if I can shake the time zone fatigue tomorrow and Wednesday.

It feels very comfortable here. And I like that.