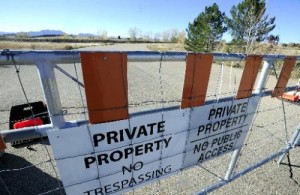 Today I read the following headline in the Boulder Daily Camera: “Phillips 66 to sell 432-acre campus in Louisville.” This was quite a reversal from the headline in the Denver Post 4.5 years ago titled “Conoco deal fuels optimism.” For anyone who drives up and down Highway 36 between Boulder and Denver (or from Boulder to DIA) we regularly see this huge, empty, relatively ugly former StorageTek headquarters site which has been sitting “about ready to be developed any day we promise” by Conoco Phillips. As of today, this is no ambiguity that Conoco Phillips (now Phillips 66) won’t be developing anything on the site.

Here are some snippets from the article in the Denver Post on 2/21/08.

“Touting his vision for a new energy economy and ending months of speculation, Gov. Bill Ritter on Wednesday revealed that ConocoPhillips has purchased the former StorageTek campus in Louisville.”

“This will push the new energy economy for Colorado,” Ritter said. “This will provide economic security, environmental security and energy security.”

“While the number of jobs the region will gain is still in question, the company will bring thousands of employees to the training center each year.”

“It’s a perfect example of Colorado’s new energy economy, and we are very much looking forward to welcoming ConocoPhillips to Colorado,” said Matt Cheroutes, director of communications and external affairs for the state Office of Economic Development and International Trade. “This will lend to our ability to attract companies to Colorado’s new energy economy. This certainly could mean opportunities for significant job growth in the state.”

“It certainly reinforces the great work that Gov. Ritter has been doing to grow this renewable-energy cluster,” said Joe Blake, president of the Metro Denver Economic Development Corp. “This just signals to me that Colorado is at the center of this right now on a worldwide basis.”

There’s plenty more but the summary is that in 2008 government leaders declared victory when the land was purchased and asserted all kinds of validation and economic development as a result of it. Of course, we now know that none of it happened and the land – which was supposed to be fully developed by 2012 – is still vacant.

I see this all the time in my travels around the US with regard to economic development activities. There is this incredible focus by government on attracting big business projects, headquarters projects, and speculative development projects. Sometimes major financial incentives, usually in the form of tax relief, is offered as a sweeter. In the situations where this works, I can imagine a long term economic benefit to a region.

However, the sale of a piece of property doesn’t signal anything. And, like many other economic development victories, it’s a total non-event until something is done. Yet politicians and their economic development folks assert that amazing things will happen as a result. These aren’t hypotheses (e.g. “if they actually develop this project amazing things will happen”) they are statement of facts about how they will happen. If you read the article as well as look at the development that has occurred immediately adjacent to the site (apartments and a hotel) you can see how the speculators show up right away.

It’s all very arbitrary feeling to me and doesn’t surprise me at all. When the land was purchased and everyone in state and local government raved about how amazing it would be for the Boulder area, most of the entrepreneurs I know barely noticed it. And four years later it hasn’t had any impact on the Boulder startup scene, positive or negative, that I’m aware of.

It’s another example of what I talk about in Startup Communities as the disconnect between government and the startup community.