A Logical AND With @ In A Mainstream World 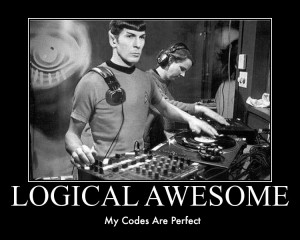 Irony alert: A lot of this post will be incomprehensible. That’s part of the point.

I get asked to tweet out stuff multiple times a day. These requests generally fit in one of three categories:

Unless I know something about #3 or are intrigued by the email, I almost never do anything with #3 (other than send a polite email reply that I’m not going to do anything because I don’t know the person.) With #1 and #2, I usually try to do something. When it’s in the form of “here’s a link to a tweet to RT” that’s super easy (and most desirable).

There must have been a social media online course somewhere that told people “email all people you know with big twitter followings and ask them to tweet something out for you. Send them examples for them to tweet, including a link to your product, site, or whatever you are promoting.”

Ok – that’s cool. I’m game to play as long as I think the content is interesting. But the social media online course (or consultant) forgot to explain that starting a tweet with an @ does a very significant thing. Specifically, it scopes the audience to be the logical AND clause of the two sets of twitter followers. Yeah, I know – that’s not English, but that’s part of my point.

Yesterday, someone asked me to tweet out something that said “@ericries has a blah blah blah about https://linktomything.com that’s a powerful explanation”. Now, Eric has a lot of followers. And I do also. But by doing the tweet this way, the only people who would have seen this are the people who follow Eric AND follow me. Not OR. Not +. AND.

Here’s the fun part of the story. When I sent a short email to the very smart person who was asking me to tweet this out that he shouldn’t start a tweet like this since it would be the AND clause of my followers and Eric’s followers, he jokingly responded with “that’s great – that should cover the whole world.” He interpreted my comment not as a “logical AND” but a grammatical AND. And there’s a big difference between the two.

As web apps go completely mainstream, I see this more and more. Minor syntatical things that make sense to nerds like me (e.g. putting an @reply at the beginning of a tweet cause the result set to be the AND clause of followers for you and followers for the @reply) make no sense to normal humans, or marketing people, or academics, or – well – most everyone other than computer scientists, engineers, or logicians.

The punch line, other than don’t use @ at the beginning of a broadcast tweet if you want to get to the widest audience, is that as software people, we have to keep working as hard as we can to make this stuff just work for everyone else. The machines are coming – let’s make sure we do the best possible job with their interface which we still can influence it.