Thanks Elon Musk For Being A Real Leader On Patent Reform

Fred Wilson beat me to it this morning with his post A Big Win For The Patent Reform Movement but he’s got a couple of hour time zone advantage over me. Regardless, I love Fred’s punch line:

So it was with incredible joy that I read these words by Elon Musk, founder and CEO of Tesla Motors and possibly the most innovative entrepreneur in the world right now. [Elon wrote in his post All Our Patent Are Belong To You] “Yesterday, there was a wall of Tesla patents in the lobby of our Palo Alto headquarters. That is no longer the case. They have been removed, in the spirit of the open source movement, for the advancement of electric vehicle technology.”

I’ll pile on with my accolades to Elon. While I don’t know him, I’m long time friends with his brother Kimbal who lives in Boulder so I always feel like I get a little taste of Elon whenever I talk to Kimbal. So – Elon – thank you for being a real leader here and taking action.

I’ve been asserting for a number of years that while software patents are completely fucked up, the general patent system stifles innovation. More and more research is appearing on software patent issues and patent trolls in general, including this recent piece by Catherine Tucker, an MIT Sloan professor of Marketing, titled The Eﬀect of Patent Litigation and Patent Assertion Entities on Entrepreneurial Activity. As Ars Technica summarizes in New study suggests patent trolls really are killing startups:

Turns out there is a very real, and very negative, correlation between patent troll lawsuits and the venture capital funding that startups rely on. A just-released study by Catherine Tucker, a professor of marketing at MIT’s Sloan School of Business, finds that over the last five years, VC investment “would have likely been $21.772 billion higher… but for litigation brought by frequent litigators.”

As my lawyer friends tell me, “the Supremes” are finally making some calls on this. The induced infringement theory, a particularly obnoxious patent litigation approach, is no longer valid. The main event, Alice Corp. v. CLS Bank, is still waiting to be ruled on. Let’s hope the Supremes take a real stand on when software claims are too abstract to be patented this time around, unlike the punt they made on Bilski.

Join the Application Developers Alliance at a Boulder Developer Patent Summit August 28 at 6 PM at FUSE Coworking. The event is a chance to share stories of demand letters and lawsuits from trolls, discuss legal strategies and litigation costs, and share ideas for software patent reform.

A Software Entrepreneur On The Madness Of Software Patents and Trolls 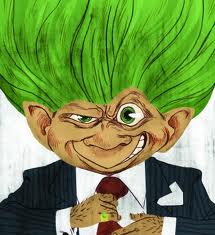 My startup, all five employees and $0 revenue, is being sued by a patent troll. It is madness.

Software patents are weapons of mass extortion. The trolls know that the cost of patent litigation is huge- millions of dollars for a thorough defense. The vast majority of companies do a simple cost benefit analysis and settle. It costs a pittance to file a lawsuit, a fortune to fight. A troll can sue many companies and live off the settlements. Trolling is a lucrative, legally sanctioned business model with virtually no risk. The longer this continues the worse it will get.

And getting a patent is not that hard. For less than the cost of a small friends and family round you make a series of claims that describe your “invention”. Sort of a technical concept document written by a lawyer. There is no code required, no detailed product spec. You don’t have to build anything. We are being sued for having a UI connected to a server connected to a mobile device.  And get this- data goes back and forth between the UI and the mobile device. Break through, right? Yes, according to the Patent Office.

It is romantic to fight but the trolls know that a startup’s number one job is to stay alive. Screw romance. Screw justice. One lawyer I consulted told me not to read the patents- they were irrelevant. And the troll agrees. He said he didn’t really understand my business and didn’t care. We just looked like other companies he has sued. If your startup hasn’t been sued yet, don’t worry. You will.

What we need is leadership. But where are our leaders? In court. It’s disgusting. The millions spent haggling over the curvature of an icon could fund a massive lobbying and social action effort. Is it possible we can send a million tweets about happy cats but not stop patent extortion?  We’re a community that believes in big dreams and blowing up obstacles. We can do this. We just have to try.