Marathon #15 is in the bag – I finished the New Orleans Rock ‘n’ Roll Mardi Gras Marathon in a time of 05:15:05 yesterday.  Here’s a video of me crossing the finishing line. 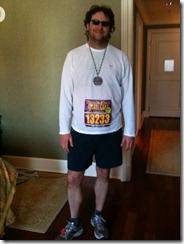 It was a beautiful day for a marathon – the temperature was 50 degrees and the sky was clear.  There were about 18,000 runners (most for the half marathon) and like most Rock ‘n’ Roll races it was extremely well organized.

This was the inaugural  Rock ‘n’ Roll marathon in New Orleans.  The course was great – it was flat, covered a lot of the city, and had some nice long stretches around City Park.  The only downer was there were very few spectators on the course.  Even with all the well known New Orleans spirit they haven’t figured out how to show up in force for an early Sunday morning marathon.

I was happy with my performance, especially given the symmetry of my finishing time (#15: 05:15:05).  I was a little undertrained and, since this was my first marathon in a year, I didn’t expect to break five hours.  I used an 8:2 run:walk pattern (eight minutes running; two minutes walking) as I’ve been training that way to build up strength in the second half of the marathon.  It definitely paid off as I felt fine through 22 miles.  I never really hit the wall, but I did run out of gas at about 22 and shifted into “one foot in front of the other” mode.

My only scary moment was a fall at about mile 16.  I was stuck with a group of noisy people including a guy wearing headphones that would shouted random things every few minutes.  He graciously thanked every policeman on the course and would follow it up with things like “wake up New Orleans” or “hey hey runners”.  At some point a woman wearing a see through shirt fell in with him and he was screaming and pointing at her, which was a rallying cry for the few male spectators on the side of the course.  I was thinking "all types show up for these things” when I tripped over something and hit the deck.  Quick system check – burning hands and a little blood but no issues on my legs or back.  I got up and put in a quick ten minute mile to put some distance between me and the chaos.  I fortunately never saw them again on the run.

I had three fun company moments (for companies I’m an investor in) during the weekend: Impinj, Zynga, and Lijit.  The race system used Impinj RFID chips, I saw Mark Pincus, the CEO of Zynga interviewed on Bloomberg yesterday, and this morning I noticed that Lijit is the search engine for the marathon site. 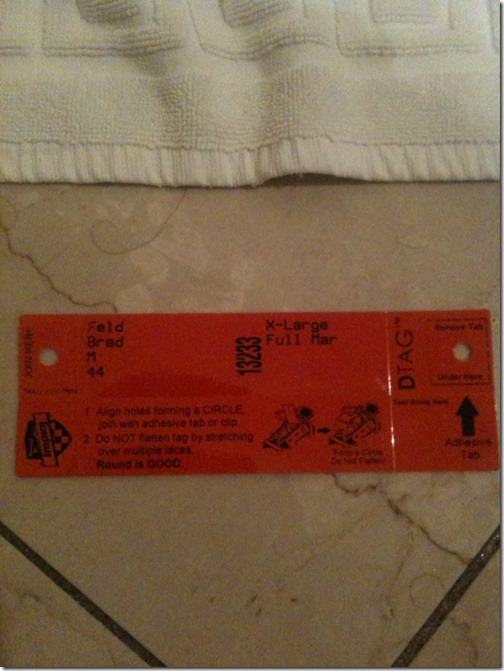