Investing in and Joining the Board of Rover.com 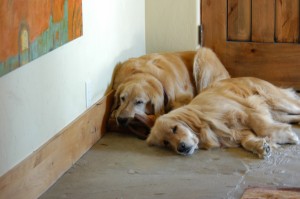 Woof! We just announced Foundry Group’s investment in Rover.com this morning. We led a $7m financing in the leader in digital dog boarding that connects dog owners with approved, reviewed, and insured sitters. Rover.com is part of our marketplace theme, which now includes investments in SideTour and PivotDesk. I’m psyched to be joining the board, working with my good friend Greg Gottesman at Madrona on another Seattle-based company.

Two years ago we probably wouldn’t have considered Rover.com as it would have fallen outside our active themes. Marketplace is a good example of how our themes evolve. Seth and I worked together on ServiceMagic in the 1999 – 2004 time frame (IAC acquired it in 2004 for $180m) so we had a deep understanding of how a heavily metric-based buy/sell marketplace worked. However, at Foundry Group, we didn’t start paying attention to this theme again until we made a seed investment in SideTour coming out of the TechStars New York program. In this case, Seth had been SideTour’s mentor and we classified it as “other” as we sometimes make exceptions and invest in companies outside our themes when (a) we love the founders and (b) we are interested in what they are doing.

Last summer, Jason mentored the founders of PivotDesk as they went through TechStars Boulder. At the end of the summer, we decided to invest as well as categorize SideTour and PivotDesk together in the same theme, which we originally named RAM, after Ryan’s initials, which happened to be the same as the abbreviation for “remnant asset monetization”, the key element of each of these companies that we were interested in.

Specifically, we aren’t interested in investing in any two-sided marketplace. Instead, we are looking for ones that have a very clearly defined inefficiency around “remnant assets”, or assets that expire if not used in a timely fashion. We’re also looking for ones that have huge under-accessed supply or demand, where mobile and location have an immediate impact on utilization, and where existing transaction friction – either as a result of process or trust – exists.

Rover.com was the first of over 100 companies we’ve seen in the last three months that fit these criteria. As a bonus, we loved the entrepreneurs and the domain, as three of the four of us are dog lovers (Jason, sadly, goes for cats, but we have Cheezburger for that.) Furthermore, it’s our fifth investment in Seattle, joining SEOmoz, Cheezburger, BigDoor, and Gist (now part of RIM). And it’s got two linkages to Startup Weekend (where I’m a board member) – they are both Seattle-based and Rover.com was conceived at a Startup Weekend.

I’m psyched to be an investor. And, every time I get in my Range Rover, I’ll think of Aaron. Especially when I’m with my golden retriever Brooks.