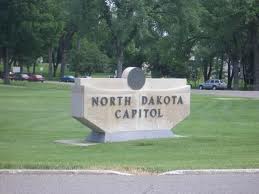 I’m running the Kroll’s Diner Bismarck Marathon on Saturday. This will be Marathon #18 in my quest to run one in every state. I’ll be there for a couple of days so I’m open to any restaurant recommendations y’all might have.

I’ve decided to try something different on this marathon. While I always wear a watch, I’ve never tried to instrument myself “real-time” for the race. Until recently, I’ve been using a Garmin 305, but it broke this summer when I was in Europe and I switched to RunKeeper on my iPhone.

I’ve really enjoyed RunKeeper and even started listening to music on some of my runs again since I had my iPhone with me. I signed up for RunKeeper Live and have been broadcasting my runs publicly to anyone who cared, which is primarily Amy.

The marathon starts at 7:30am Central Time on Saturday. I’ll be broadcasting my progress on this link – you should be able to pick it up after I start the race. Since I’ve always been running, I’m not 100% sure how the UI works on the “watching someone” end of things, but would love to hear feedback from anyone who takes a look. Oh – and cheer me on!

I’ll be wearing my Fitbit also (which I love – and am an investor in). It’s fascinating to me the step variance on the different marathons I’ve done – my stride length clearly varies with the shape I’m in and the shape (or hilliness) of the course. I’ll also check and see which is more accurate over 26.2 miles – the Fitbit or RunKeeper.

I might wear my new Nike+ SportWatch GPS, but so far the Nike+ website has been basically unusable due to performance issues so I don’t want to count on it.