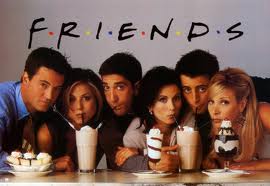 Over the past month I’ve been systematically cleaning up my social graph. It took me a while to figure out how I wanted to do this, as I’m a very active user of Twitter, Facebook, LinkedIn, Foursquare, and Google+ along with a bunch of applications that leverage these various social graphs. Historically, I’ve been a very promiscuous friender, accepting almost all friend requests.

While this strategy worked fine for me for Twitter (since I didn’t have to do anything, and could deliberately choose who I wanted to follow) this didn’t work for any of the other services. Specifically, Facebook had become basically useless to me, LinkedIn’s activity feed was pointless, Foursquare scared me a little, and Google+ was just a cluttered mess.

As I used each of these services daily, I thought hard about how I was using them and what I was doing. I realized that I was using Twitter ideally and no changes were needed. I broadcast regularly through Twitter, which connects to Facebook and broadcasts there as well. I consume content in a stream throughout the day from about 600 people who I follow. I unfollow someone periodically and add someone new periodically. The tempo works fine and I have my Twitter activity feed up on my Mac all day long.

Facebook was more perplexing to me. Ultimately I decided to orient around my activity feed and started unfriending anyone who I didn’t want to see in my activity feed. Given the current Facebook infrastructure, these folks will still “subscribe” to me (same as Twitter follow) and anyone who wants to subscribe to me can. Unfortunately, the UX for unfriending someone Facebook is horrible, so it’s a tedious and long process. I’ve decided to unfriend 10 people a day which means I’ll be done in about 200 days. I realize that once I’ve got this done I need to adjust my security settings to reflect what I actually want to share. That’ll happen at some point.

LinkedIn was easy – I just decided to ignore the activity stream. I’m remaining promiscuous at LinkedIn with two exceptions – no recruiters and no totally random people. LinkedIn continues to be the best way for me to discover professional connections to people I want to reach and the wider the network, the better.

Foursquare was the hardest to figure out. I rebroadcast Foursquare to Facebook and had a very uncomfortable experience this summer with someone pretending to stalk me on Foursquare. While it was a prank, I never found out who did it which caused me to quit Foursquare for a few months. I get too much value out of Foursquare as a historical record (I love 4sqand7yearsago) so I’ve just decided to aggressively unfriend anyone who I’m not close to. Once I get this done, Facebook done, and my security settings right, I’ll be in a happy place.

Google+ is more dynamic right now as I figure out how I really want to use it. I’m finding the integration into Gmail to be very interesting and I expect my use case will change as they roll out more features, like they did today. For now, I’m using it much more like Twitter.

As I’ve been cleaning this up, I realized that I have a bunch of awesome friends. When I look at my friends lists in apps like RunKeeper and Fitbit, I smile a big smile about who I’m connected to. Most importantly, I realize that all of this technology is enhancing my relationships, and it reminds me to be deliberate about how I use it.

I’ve had a number of interesting conversions about the intersection of the virtual and the physical world since I wrote the post Did Someone Ruin Foursquare For Me Yesterday? Kashmir Hill in Forbes did a quick email interview with me titled Venture Capitalist Gets Creeped Out by Foursquare which captured a few new thoughts and I spent some time the other night at a TechStars Mentor dinner talking with Alex Rainert, the head of product for Foursquare, who had spent some time digging into this issue to try to figure out what was going on.

When I reflect on this, it’s clearly a “me problem” and not a “Foursquare problem.” Specifically, I’ve been chaotic and much too promiscuous with regard to my social graph. I don’t have a clear rule set about who I accept as friends on different services (I pretty much accept everyone) and as a result don’t have much control over what I broadcast. When I reflect on this, I also realize that it has rendered services like Facebook and LinkedIn largely useless to me as an information consumption mechanism.

Given my social network promiscuity I realize that I’ve fallen into a broadcast-only trap. Basically, I’m broadcasting on all the various services I use, but not consuming much new information, except on Twitter. When I extend this to my overall information consumption pattern, I realize that a lot of signal is once again getting lost in the noise, especially around the RSS feeds that I try to read regularly versus the endless amount of web media that is now distributed by RSS.

Toss in Quora, Stack Exchange, Disqus, and a few other high signal services into the mix and my approach has broken down. While I’m still able to manage my email, I’m struggling to get the right kind of utility out of my social graph.

As a result, I’ve decided to make one of my Q2P1s to rethink and re-architect my entire social graph. While this will require lots of effort, my expectation is that I’ll get two clear benefits out of this. First, I’ll reset how I use my social graph. But more importantly, I’ll get a better handle on the dynamics – and gaps – that exist in using and managing a very active social graph. Once again, I get to use my corner of the universe as a laboratory and hope to find some new important technologies and companies as a result. And I’ll blog the experience so you can help me figure it out while learning from what I do.