I’ve been working on the Startup Visa since I first wrote about it 2009 in my post The Founders Visa Movement. After a decade, it’s clear that our federal government has broadly failed us on this front.

In 2015, I announced the Global EIR initiative to try something different. Today, I’m happy to welcome the University of Michigan to the Global EIR network. Applications are now open to become a Global Entrepreneur in Residence at the University of Michigan’s Economic Growth Institution (EGI). Interested applicants can learn more about the program, fill out an application form, and reach out to Millie Chu at Global Detroit.

For founders, this announcement means access to a startup visa, with a long runway, and a path to a green card. Global EIR founders will use their experience as founders to support EGI’s mission of helping other Michigan-based companies develop and execute growth strategies while simultaneously building their startups without worrying about their visa status.

From a broader perspective, the Global EIR program attracts international founders to Michigan. The goal of the Michigan coalition, led by Global Detroit and joined by the William Davidson Foundation, EGI, and Global EIR, is to contribute to the Detroit renaissance and demonstrate how startups are a critical part of economic growth in the 21st century. Thank you in particular to the William Davidson Foundation for their generous support to launch Global EIR in Michigan.

If you’re interested in learning more, I encourage you to look at the detailed information on Global Detroit’s site and apply. They are looking for high-growth international founders primarily in the STEM sector who have a need for an H1B visa and would like to establish their business in southeastern Michigan. Once approved by Global Detroit and EGI, the founder is offered a stipend for working part-time (10-20 hours a week) at the university, along with receiving entrepreneurial guidance and resources to help grow their business.

As of today, Global EIR has helped over 80 founders solve their visa issues. Their companies have raised $450 million and employ nearly 900 people. I’m excited by the progress being made despite frustrating inaction from Washington DC after a decade of conversation about creating a startup visa. Local action by leaders like Global Detroit, EGI, and the William Davidson Foundation is where solutions arise. 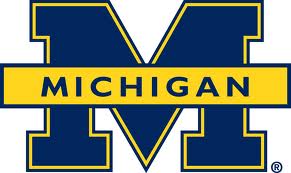 I spent yesterday at University of Michigan with my partner Jason Mendelson (he’s a two time grad – economics undergrad and then law school.) This was my first trip to Ann Arbor and I had a great time. It was fun to have Jason show me his old haunts, our new friend Wes took good care of us throughout the day, and we met a ton of interesting people including a bunch of entrepreneurs.

In one of our early meetings I heard a great line from one of the members of the UM Tech Transfer Mentor-in-Residence program.

The line was “College is like a sandbox if you are an entrepreneur. Falling down doesn’t hurt much.”

This made me think of a brilliant phrase from Alex White, the CEO of Next Big Sound, in his TechStars Demo Day pitch. I can’t remember where in the presentation it was but Jason reminded me that one of Alex’s great moments was when he said something like “We don’t need to raise much money because we are cheap to keep alive.”

Throughout the day we met with a bunch of college students – law school students, undergrads, MBAs, and a few PhD’s. All of them were really lit up about entrepreneurship, were trying lots of stuff, had tons of questions, and challenged us to give them our views and feedback on what Ann Arbor needed to do to create a great entrepreneurial community.

At the end of the day we met with all the members in TechArb. This is the student accelerator – I was blown away by what they were doing. At some point I said to Jason “why doesn’t CU Boulder have a thing like this.” He had an answer that I’m still pondering, but effectively reinforced the initiative that the students and entrepreneurial leadership around the UMich were taking. During this session, I kept thinking “college is like a sandbox – it doesn’t hurt much when you fall down.”

Days like today are incredibly energizing for me. The level of enthusiasm and optimism among the people we met with was phenomenal. Their willingness and interest in learning and trying new stuff was apparent. And their understanding that plenty of things wouldn’t work, but they wouldn’t learn if they didn’t try, was front and center.

To all the folks I met with today, thanks for making my first trip to Ann Arbor really fun and interesting. And, even though I couldn’t care less about college football, good luck against Nebraska this weekend.