I’ve always been a huge Van Gogh fan.  Starry Night is one of my favorites and is also regarded as one of Van Gogh’s best (or most) important works, even though he apparently didn’t like it very much.

This morning, when cruising through my Daily folder which includes the Astronomy Picture of the Day site, I came across a new reproduction titled Starry Night Scavenger Hunt.  Using Starry Night as a backdrop, it includes a bunch of stuff including a comet, a spiral galaxy, an open star cluster,a supernova remnant – well – and the rings of Supernova 1987A, the Eskimo Nebula, the Crab Nebula, Thor’s Helmut, the Carhwheel Galaxy, and the Ant Nebula.  And some other stuff. 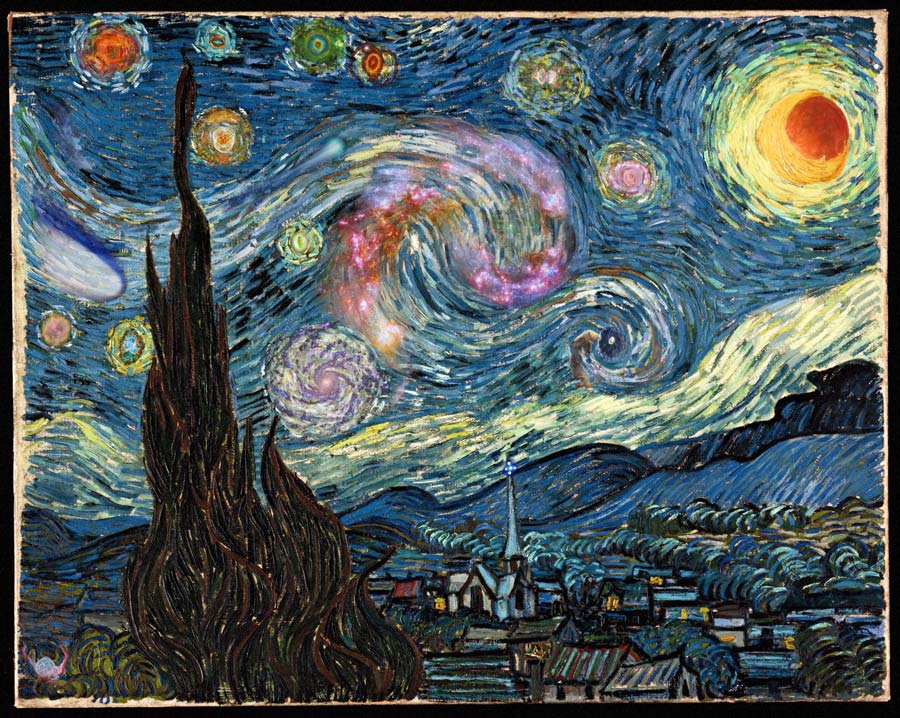