In 1983, when I was a senior in high school, I started my first company.  There were six founders – they are the gang below: 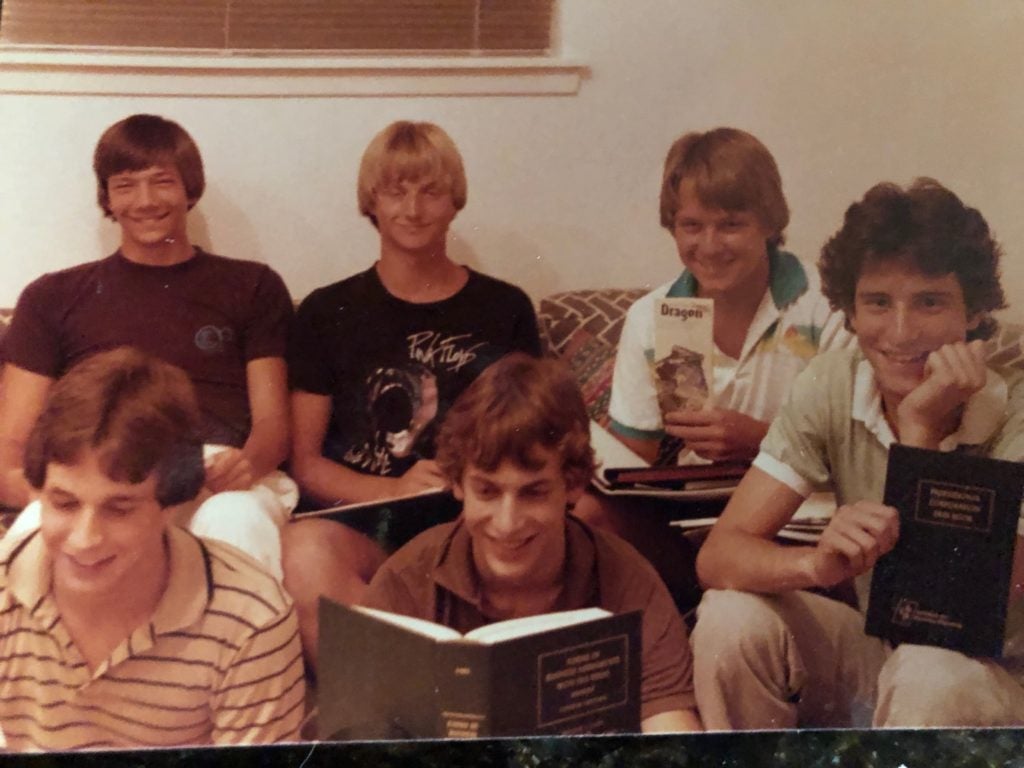 John Gruberman, Drew Debelak, Jeff Funkhouser, Steve?, Kent Ellington, and me (the smiling dude holding up the book on the bottom right.)  I can’t remember the name of the company, but it was probably something clever.  I’m 99% sure the book Kent (middle / bottom) is holding up is something about incorporating your business.

We’d cooked up some idea around Dungeons and Dragons, the game us little nerd boys played while we weren’t eating at Taco Bueno, listening to Rush, playing with our computers (Kent and I programmed a killer Yahtzee game on the TI Personal Computer which “accidentally” got shipped on their “auxiliary program” disk – Kent’s dad was the product manager before joining Compaq at the very beginning), or pretending to chase girls.

At some point, my other five partners decided to kick me out of the business for some reason – I think it was because they were all going to UT Austin and I wasn’t.  I remember not being very happy with most of them (except Kent) for a while.  I went to live in Boston, they went to live in Austin, and we basically went our separate ways.

I often forget about this being my very first company and often refer to Martingale Software (also a failure) as my first company.  I guess I’ll call this one my Zero-ith company.