If You Aren’t Growing, You’re Dying

Once a year I go on a long weekend trip with the men in my family (my dad, his brother, my brother, and my two cousins.) We hang out, see a baseball game, eat, talk about our lives, and discuss the future.

This year we went to New York City. My dad and his brother grew up in the Bronx and we decided to see one of the last Yankee games at the old Yankee Stadium. Before the game, we spent three hours touring the Bronx where my dad and his brother grew up. I don’t remember the Bronx at all; my world view of it was shaped by a combination of my dad reminiscing about his childhood in the Bronx in the 1940’s and 1950’s and Tom Wolfe describing the bombed out Bronx of the 1970’s and 1980’s in The Bonfire of the Vanities. 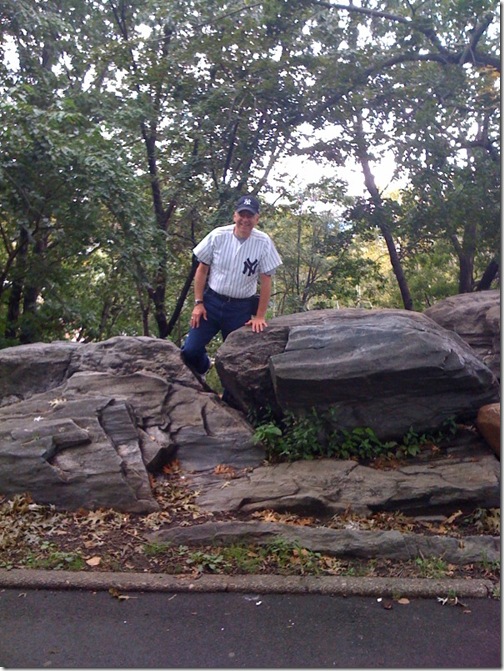 As we drove around the Bronx, we talked about the natural cycle of life from birth to death. Against the backdrop of their childhood, we talked about the current economic cycle in the United States and the chaos we were seeing in the financial markets.  We talked about the growth of China and India, especially in the technology business where most of us are involved. We talked about what makes people, companies, and countries great, and what happens when they stop being great. At some point my uncle tossed out the line of the weekend – “If You Aren’t Growing, You’re Dying.”

We kicked around the idea of growth for a while over dinner. When we talked about growth with regard to people, we didn’t just mean physical size. When we talked about companies, we didn’t really mean only growing headcount or revenues, but included skills, experiences, product lines, and geography. When we mapped this idea to a country, we included economic expansion, job creation, company creation, and innovation.

As a long time entrepreneur and venture capitalist, I have strong opinions about the critical importance of innovation to society. To me, growth is all about experiences. As an entrepreneur, you learn from every success, but I think you learn even more from your failures. Since it’s both socially and legally acceptable in the United States to fail, some of the best entrepreneurial successes come immediately after entrepreneurial failures. It’s one of the pieces of the equation that I think makes the United States so great at innovation.

The world we live in today is much more complex than the world my dad and his uncle grew up in. Yankee Stadium was the center of their universe. TV was a new idea. The computers and the Internet we use every day had not yet been invented. Entrepreneurship existed, but it wasn’t the mainstream.

As we drove around the Bronx, we were all amazed by the incredible amount of growth we’d experienced. We decided that much of it had come from the endless efforts of entrepreneurs. Some resulted in success while some resulted in failure; all of it contributed to growth.

We concluded that every entrepreneur has an opportunity to grow, to create new businesses, new jobs, new industries, and change the way we think about things. In fact, I think that if you are an entrepreneurs, part of your responsibility is to do everything you know how to do to grow.

Or else you are dying.