I was at a board meeting recently where the board and management was discussing the company’s market position. This is a strong company that leads its market and, as a result, one of the board members stated that we were “the 800 pound gorilla in the market.”  In my world view, the market was still relatively small so I suggested that we were the 12 pound gorilla.  While this got a chuckle, it was instructive and moved the conversation down an interesting path. 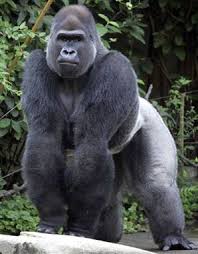 If the 800 pound gorilla comment had stuck without any discussion, I expect the management team and board (me included) would have leaned back in our chairs, smiled, and indulged ourselves in a moment of self congratulation.  And it’s warranted, as this company has been around for a while and has built a strong, profitable business that is in fact the leader in its market.

However, the market is still relatively small.  It’s growing – and growing quickly now – but it took five years for it to really mature into an interesting market.  We lead the market and continue to be very effective at winning the vast majority of the new business that is out there.  But to view ourselves as an 800 pound gorilla would be an error in my book.

Instead of relaxing, we reset the conversation and said “well – if we are a 12 pound gorilla, what do we need to do to become a 100 pound gorilla on our way to becoming the 800 pound gorilla?”  We decided we could easily become a 24 pound gorilla just based on the growth of the market.  But this isn’t interesting to us, so we’ve got to do more.  What the “more” is started to come out of the discussion we had which I expect will be continued over the next month as the company determines which new products to invest in during 2010.

I find myself in many situations where the words matter a lot.  I enjoy quirky phrases (like Todd Vernon’s “chocolaty goodness”) that help focus the discussion.  The next time you start talking about the gorilla in the market (whether it is you or someone else), make sure you determine whether it’s 800 pounds or 12 pounds – I expect your actions will be very different depending on the answer.