A Problem With Gmail When The Machines Take Over

In general, I love Gmail. While Amy likes to complain to me about how ugly it is, I don’t even see the UI anymore as I just grind through the endless stream of email that I get each day. My biggest struggle is figuring out how to keep up, without the email ending up dominating everything I do. In the past year, this has gotten a lot harder, but I continue to try new things. 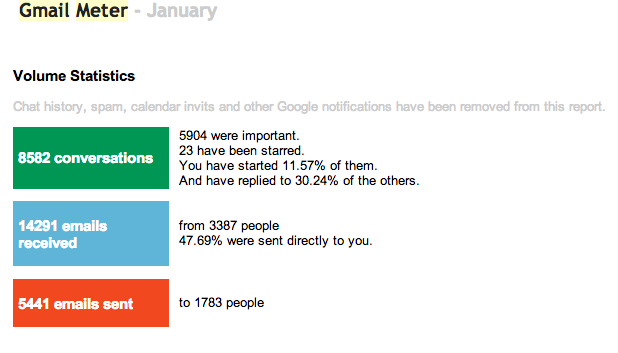 Fortunately, spam is almost non-existent for me. We invested in Postini, which Google ended up buying, and it’s been a joy to have flipped a switch almost a decade ago and had spam go from “overwhelming” to “almost nothing.”

Every now and then, I get a flurry of spam from a new attack before Gmail figures it out. Today was one of those days – I had about a dozen things that looked sort of eBay notification like but with Arabic characters. So I hit ! and marked them each as spam as I was going through my inbox. Suddenly, my inbox reloaded and I got the following message.

I expect that by the time I finish writing this post I’ll have access to my inbox again. But stuff like this makes me physically uncomfortable – my morning routine was just interrupted and the machines decided I don’t get to access my email for a while.

While plenty of folks complain about the ambiguity and lack of precision around many of the issues surrounding Google apps, and more specifically the general lack of support, I usually don’t worry about this much. However, in the last month I’ve had two issues that caused me to remember that I’m increasingly less in control and the machines are increasingly more in control. This is one of them; the other was that I noticed an incredible slow down of performance of Gmail – just for me. After a week of pressing on it, the response from Google enterprise tech support was “you have too many things hitting IMAP – disable all of them.” A quick look at my Google Dashboard showed around 100 different apps that I’d authorized to access my account. I cut it down to about 30 – and got rid of several that I knew were high traffic that I liked, such as the awesome new Mailbox app – and things sped up again after 24 hours.

I recognize that if as we hand over control to the machines, they will make mistakes. That’s ok. But it’s jarring when one doesn’t have control over it, even for a little while. And yes, my Gmail is back up.