As Sean Wise and I roll through the Canadian edition of our tour for our latest book, Startup Opportunities: Know When to Quit Your Day Job, we’ve been talking a lot about the starting point of one’s entrepreneurial journey. I’ve talked about mine intermittently but was reminded recently about a summer that really started me down the entrepreneurial path. 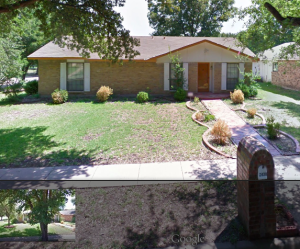 Anyone out there recognize the house on the left? If your name is John Underkoffler, Pat Ruekert, or Mike Barron, you may remember one fine summer in 1986 when you lived there with me while I rented the house from Cecelia Feld for our home and office.

While I count the real start of Feld Technologies as 1987, which was the year that Dave Jilk became my partner and we formally started up, Feld Technologies actually dates back to 1985 when I was using it simply as a consulting company for work I was doing. My first client was Petcom, a startup in the oil and gas industry where I wrote two software products – PCLog (for Well Log analysis) and PCEconomics (for economic analysis of oil and gas projects). Both were for the early IBM PC (each actually run on a dual-floppy disk 8088-based PC). Another early customer was AEC, which was a division of IHRDC (a long-time Feld Technologies customer). I can’t remember what I did for AEC, but I remember the name.

The Bellflower Dental Group project came via Kevin Parent, a fraternity brother and close friend for many years. Kevin invited me out to LA for Christmas break in 1984 and I met his step-father, Peter Wylan. Peter had a gigantic dental practice in Bellflower, CA (hence Bellflower Dental Group). He’d figured out how to be the dentist for all the union workers in the area and had something like 100 people working for him, cleaning teeth, doing bridges, putting on braces – that sort of thing. It was entirely manual – paper and insurance forms everywhere. Over a three year period I wrote, with Pat, software in Dataflex which resulted in a 100 user+ PC-based network that Bellflower ran their practice on until the early 2000s. The Y2K issue is a story for another day.

I can’t remember how Mike and I met but he was a DOS hacker and we decided to try to make a Norton Utilities like thing for all the different PC-based interrupt drivers. C was just becoming popular and most people were struggling with the linkage between C and the DOS-based interrupt schemes that let you do a bunch of things with the PC that weren’t in the higher level languages.

DataVision came out of a relationship with one of Petcom’s customers, a guy named Gabriel Prieto, who wanted to start a business around a science called Cephalometric analysis. I no longer remember Gabriel’s link to that, but it was pretty cool stuff at the time and John and I thought we could write some software to automate what was then a very manual process that included Xrays, drafting paper, rulers, and protractors.

In hindsight, all three of these projects were at the beginning of a very long arc of automation. One – the Bellflower project – was very successful. While the software that John and I wrote for DataVision (mostly John – I did architecture / design work) was “jaw dropping” (sorry – I couldn’t help myself), it turned out that there was no market for it so the company failed. And DOSBox, while neat, went the way of so many other things that were very neat hacks but had a short duration of relevance.

But the summer was special. It was the first time we were living in a house away from parents or college. We must have had four bedrooms in the house, although looking at it makes me think the bedrooms were very small. I know we each slept with a computer in a our room. They were all connected with a Netware network (something I was the master of – we were probably running Netware 2.10 – which was a beast to keep happy.) John had the coolest hardware because of the special graphics boards we needed (I think they were from Matrix but I can’t remember now – they might have been STB.)

Regardless, we were in post-adolescent nerd heaven. We kept the place clean since my mom owned it. We were far enough away from my parents that they didn’t bother us much, but it was easy to visit. I’m sure our neighbors wondered what we were doing with all the lights on at 3 am, but no one ever asked.

In some ways, it feels like yesterday, even though it was 30 years ago. And, as a bonus, I get to work with John Underkoffler on a regular basis since he’s the CEO of Oblong and we are his largest investor. We’ve both come a long way from cephalometric analysis.