Hire a VP Finance Sooner Rather Than Later

The post is aimed at CEOs of startups who have at least 15 employees. If you don’t have a VP Finance on your team reporting to you, do yourself, your team, and your investors a favor and go hire one right now.

While it’s trendy to outsource your accounting to a third party, once you hit a certain size it’s dangerous. I know there is a lot of advice going around right now – especially in the bay area – that you should focus on your product, start getting customers (or users), make them deliriously happy, and not worry about the rest of stuff for a while. The tone of the advice is fine, but it creates a total mess if you follow it without pondering the implications as you actually start to scale up revenue and expenses.

When I say things like this, I feel old. At Feld Technologies, our fourth employee (hired in 1989) did all of our accounting. You’ll recognize her name (Amy Batchelor) and she joined us to answer the phones and do all the random shit that my partner Dave and I didn’t have time for. Dave taught her accounting in about a week and Amy kept doing that, along with a bunch of other things, until we got to about 10 people. At that point, we hired a woman named Stephanie Wallace to be our Controller. I can’t remember what title she ultimately had, but she continued the awesomeness that Amy started.

I don’t care whether you call the person a VP Finance or VP Accounting. If you want, you can also call this person a Controller, although my general experience is that in this era of title inflation you won’t be hiring an experienced enough person if they take a Controller title.

This is not a CFO. At 15 people, you want someone who will do all the work, but also has the ability to scale up and manage a small team. You want someone who reports directly to you (the CEO) and is able to handle a wide range of administrative stuff beyond the accounting, but doesn’t need to hire a bunch of direct reports to manage the people who do the actual work. At some point you’ll want a CFO, but this is way too early in your life cycle for that kind of a person. You want a doer who can manage, not a manager who will reluctantly do.

This should be someone who has been in at least two startups prior to joining yours. They can have had a controller title in their last role, or a VP title, but they need to have been through the startup drill multiple times. You don’t want someone who has recently come from a big company, unless it’s a startup that has scaled up and they joined early (around 15 people). You especially don’t want someone who is trying to break into the startup game. Instead of hiring this person, you should encourage them to go get a job at a scaled-up startup and learn the ropes there, rather than with you.

This person should be on your leadership team. They should sit near you. They should take stuff off your plate every day. You should trust them with every login and password to every system in your company. You should let them interact directly with your investors. You should interact with them regularly, listen to them, but also manage them so they don’t end up being the person that says no to everything. They should give you significant leverage in all aspects of your job, so you can spend more of your time focusing on your product, getting customers (or users), making them deliriously happy, and not worrying about the rest of stuff.

Every time I’ve seen a company delay adding this kind of person when they hit 15 people, there’s always been excessive pain at about 30 people. I let companies make this mistake – suggesting strongly that the add this person, but never insisting on it, since I rarely demand a CEO do something (I don’t think that’s my role, nor do I think it’s healthy.) But, as I’ve seen this mistake made over and over and over again, I’ve gotten more forceful with my suggestion. 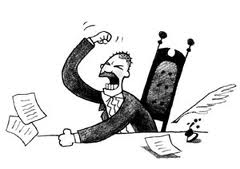 Put this in the pet peeve rant category. I’m tired of “Revenue” being referred to as “Income.”

Yes – I know Quickbooks defaults to “Income.” I know it’s technically correct when referring to “Income accounts” in a company’s “Chart of Accounts.” But it’s confusing, and it baffles me.

I spent a few minutes tonight trying to figure out the origin source of this but got bored. I did find a fun explanation in the source of all truth (Wikipedia).

Income is the consumption and savings opportunity gained by an entity within a specified time frame, which is generally expressed in monetary terms.

For households and individuals, income is the sum of all the wages, salaries, profits, interests payments, rents and other forms of earnings received.

For firms, income generally refers to net-profit: what remains of revenue after expenses have been subtracted.

I’ve decided this is a confusion being promulgated by Quickbooks. Since many first time entrepreneurs use Quickbooks before they learn basic accounting, they end up referring to “income” (instead of revenue) and “net income” as “income minus expenses.” Factually true, but confusing, especially when “net income” is often referred to by many as simply “income,” since those same people will refer to “income” as “revenue.”

Confusing? You bet. Whenever I ask “do you mean your bottom line or your revenue” I’m often surprised by which answer I get, including “I’m not sure what you mean.”

Help stop the madness. Call the thing at the top of the P&L “Revenue,” not “Income.”