Be The First Mover 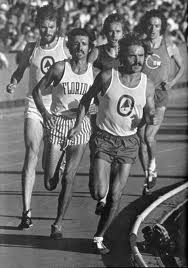 Recently I wrote a post titled Competition where I listed out a set of topics that summarizes my philosophy around competition. I’m involved in a lot of companies, many of which are either the market leader in their segment, fighting head to head with a few other companies for clear market leadership, going after an existing incumbent, or creating a new segment entirely. As a result I spend a lot of time thinking and talking about competition, as well as executing a variety of strategies to address competitive dynamics.

The first topic I want to address is the idea of being the first mover. Several people challenged this idea in the comments and there are many investors that like to invest in “fast followers” (I’m not one of them.) There’s also a well worn cliche that you can identify early leaders as they are the ones with arrows in their back. While I understand the convention wisdom around this, especially in the context of corporate strategy and general innovation theory, I take a different approach, especially in very fast moving markets like the ones I invest in.

When I talk about first mover, I don’t think of being a broad “market” first mover, but rather a “category” or “segment” first mover. In an article I wrote recently for Reuters titled Note to entrepreneurs: Your idea is not special I made the point that “the products and their subsequent companies became great because of execution.”

So, when I talk about being the first mover, I don’t mean “being the first person to come up with the idea.” Rather, I mean that when you begin executing your business, you need to aggressively be the first mover in the current phase of the innovation cycle. While Facebook wasn’t the first social network in the Web 2.0 era, they out-executed everyone else dramatically, and cemented their first mover advantage when they launched the Facebook platform at their first F8 developers conference in 2007. The iPhone wasn’t the first smartphone, but once it established itself as the first real computer in your pocket with a tightly integrated app economy, there was no looking back until Android started to challenge it.

When I go through our portfolio at Foundry Group, I consider many of the companies we’ve invested in to be first movers in their current segment. Others are fighting with a few other companies to be clear leaders, and, as a result, first mover status is ambiguous. In these situations, I encourage the companies I’m an investor in to Do More Faster, right now. If you are in a fight to be in the pole position, you have a few choices:

If you aren’t the first mover, and one of your competitors is steadily leaving you behind in their dust, changing the game is usually the best approach. My measurement window here is usually six months, not five years. Assuming the markets and products evolve rapidly, you have a lot of chances to change the game early on in your life. That ability changes when you’ve clearly defined your path and competitive universe. But don’t be afraid to weave around as you are looking for the segment where you can become the first mover.

In my little corner of the universe, the ultimate first mover was Steve Prefontaine, one of my heroes. The dude always raced from the front. Early on, his coach and Nike co-founder, the amazing Bill Bowerman, encouraged him to “change the game” by running the 3 mile (5k) instead of the mile. Pre rarely lost (usually only in the mile) and always put in an amazing performance. In the process of running from the front, he demoralized his competitors.

As I said in the intro post, these are my ideas and I’d love to hear different perspectives. Challenge me on anything you disagree with.