Resegment If You Aren’t In The Top Three 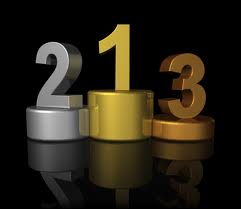 Six months ago I wrote a post about how I think about competition which included a list of topics that summarizes my philosophy. I covered the first item, Be The First Mover, but then went on to other things, like thinking about competitors every single day. I’m back today with the second topic, “Resegment If You Aren’t In The Top Three.”

If you look at the Foundry Group portfolio, you’ll notice a lot of market leaders. Zynga is the obvious one, but I’ll assert that there are many others, including AdMeld (now part of Google), Cheezburger, Fitbit, Gnip, Makerbot, Oblong, SendGrid, Topspin, Trada, and Urban Airship. After that there is a category of companies who might be market leaders, but it’s too early to tell as they are still very young. And, if you look at some of the successful companies we have had from our previous investing at Mobius Venture Capital, you’d see market leaders like Postini, Return Path, FeedBurner, Rally, Stratify, NewsGator, and Sling Media.

An important nuance is that these companies weren’t unambiguously market leaders when they got started. While some of them created entirely new markets, others entered into existing markets. In some cases, there were only a few players as the markets were new. In other cases, they took the existing market and resegmented it.

Existing markets are wonderful places to go play in especially if they are expanding rapidly. Entrepreneurs are drawn to fast growing markets, which is awesome, but there are many who I see that are simply trying to play a fast follower game. I’ve been there, having invested in “company #17 in a market.” Unless you get lucky, that generally sucks.

I’ve developed a viewpoint that if you aren’t in the top three in your market segment, you should “resegment.” Step back and redefine the market segment you are going after. Change the customer, change a product focus, change the distribution channel, or change the partner dynamic. Sometimes it’s a tweak, other times it’s more radical. But change something so that you are in the top three of the “new market”.

Don’t bullshit yourself about this. I’ve been the investor in many companies who weren’t in the top three that were going to get there with the next release, or a new sales VP, or something exogenous that would happen to the existing market leaders, or a magic trick that no one had thought of yet. This is almost always a losing strategy. Don’t count on luck. Resegment.