I finished marathon #25 today and checked South Dakota off the list. I ran it with ten friends (nine of us did the marathon, two did the half) who were all part of my Chorus team that I started in June. 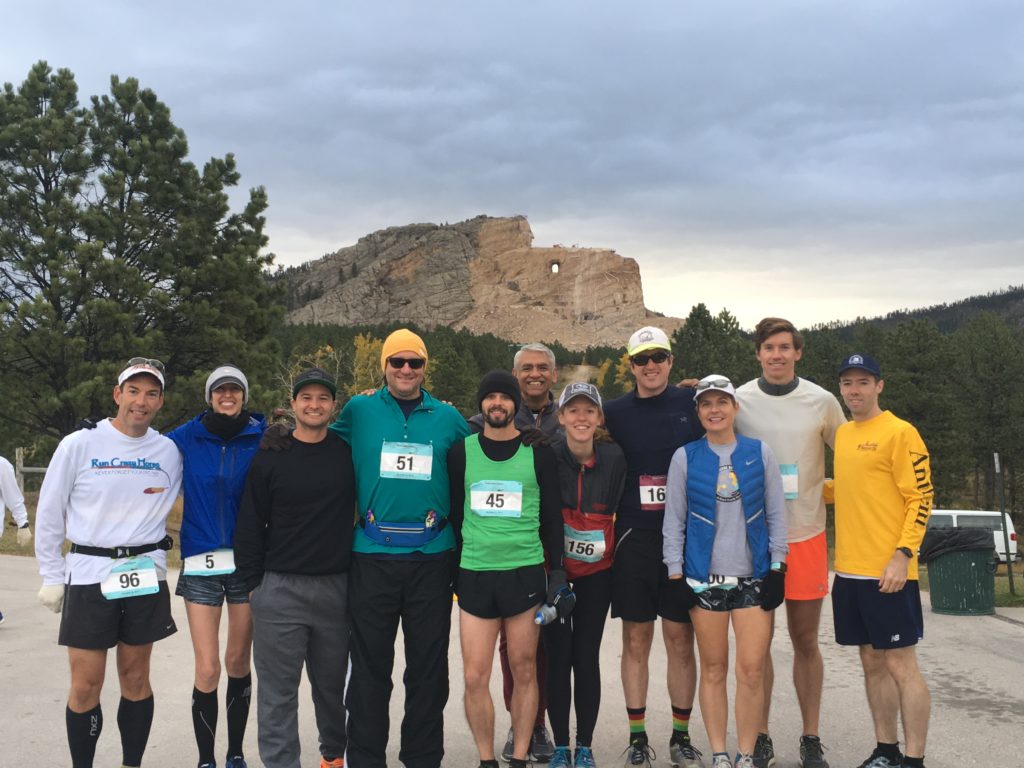 Things went wrong almost from the beginning. The weather was in the low 30s so I couldn’t decide whether to wear pants or just run in shorts. I was hot in the first mile and my stomach was rumbling. At mile three, we looped back around to the start so I went into the Crazy Horse Visitor Center, took my pants off, and took a five-minute bathroom break to make sure I was empty. The Visitor Center was warm, so when I went outside to start running again I immediately stiffened up. At least my gut felt better.

I caught up with my friend Mahendra (co-author with me of Startup Boards). I had planned to run the race alone, but I settled into a nice pace with him as we comfortably cruised through a long downhill section (that we knew we’d have to turn around and come back up later, but well – that was later.)

Around mile 8 I had a sharp pain in my left calf. I never get cramps, so this startled me and I limped on it for fifteen or so seconds. When I realized that it was seizing up, I stopped to stretch it out, but the damage was done. I didn’t have a pain free step on my left leg for the rest of the marathon.

Mahendra was awesome. Instead of going ahead, he waited with me for a minute while the cramp subsided. We walked for a few minutes until I felt like I could run again. We then ran side by side for the remaining 18 miles. A marathon typically gets difficult for me between mile 15 and 20. Today’s was hard for the last 18 miles. That’s a long way to be uncomfortable.

The downhill segment went from mile 4 to mile 10, where there was a turnaround point. Amy was at the turnaround and as she saw me coming she asked if I was ok. Apparently, my gait was off enough that it was noticeable. 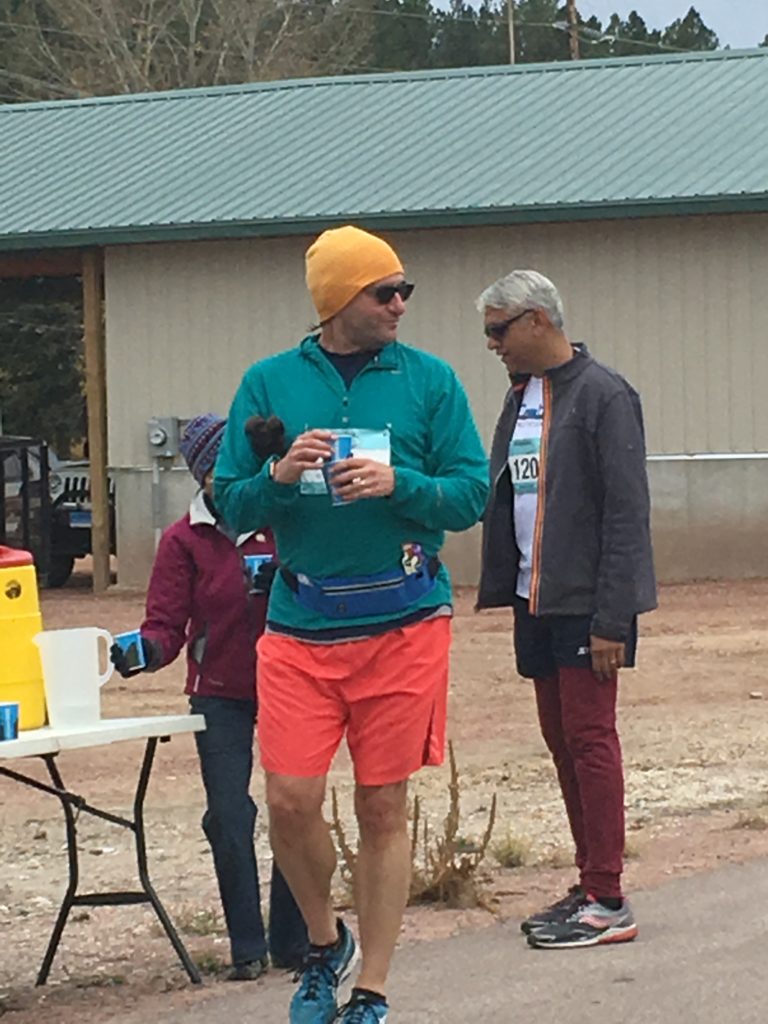 For a moment, I thought about calling it quits. I’ve finished every marathon I’ve started and given the Chorus team activity, I quickly got over my doubt about staying on the course. Mahendra (standing to the right of me) and I said goodbye to Amy and started back uphill.

After seven miles, we crested the hill. By mile 17 we were both pretty done and were just shuffling through each mile. The course was extremely well crewed, which was great, but the snow started around mile 17 and by the end we were cold, wet, and mildly manic. When we turned the last corner and saw 5:59:00 on the clock, I told Mahendra to get moving since I didn’t want the clock to hit 6:00 (even though we had 90 seconds or so banked from the start.) We crossed the line right at 5:59:59. 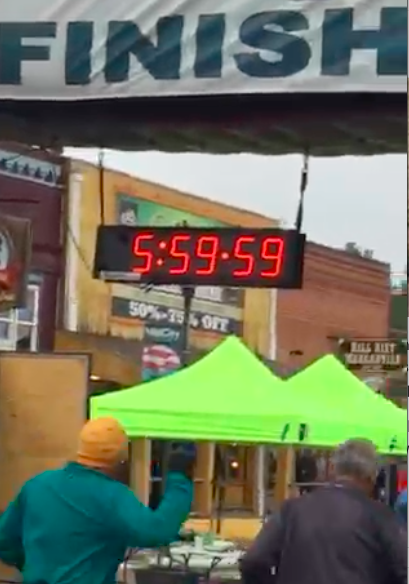 The amazing thing was the performance of Team Chorus in this race. The marathon winner, Jason Burke, was on our team, as were #5 (Winter Mead) and #6 (Gary Ditsch – my coach). On the women’s side, one of our teammates Lou Anderson came in 14th. 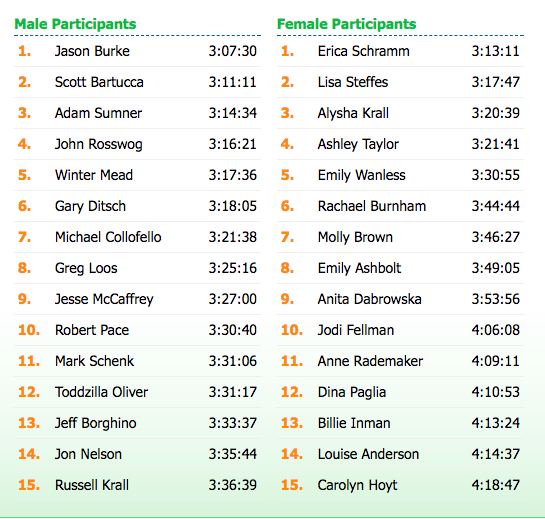 As we had a post-race meal and told race stories, we all agreed how much Chorus had helped us on both our training and motivating us for the race. I have some new friends for life. While not a great marathon for me, it was a great weekend.

And Amy – you are the most awesome marathon sherpa ever!